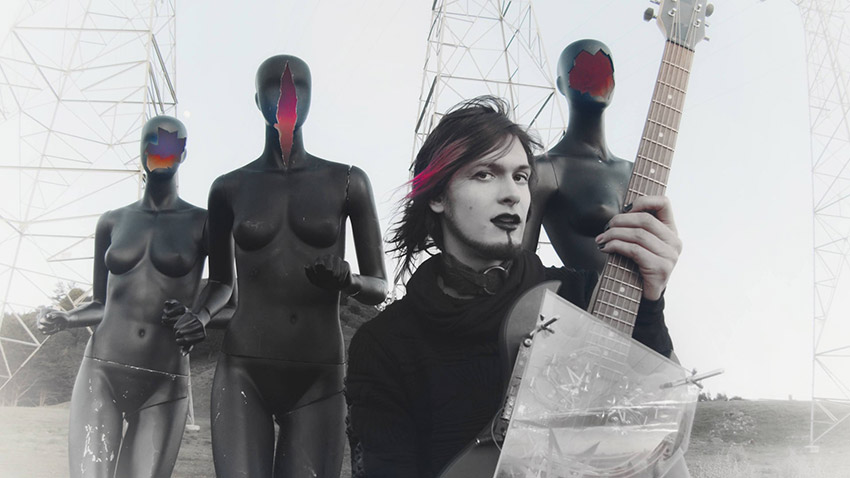 Earlier this year Electromancy released its Darkthrone “Transilvanian Hunger” cover, and today we’re ecstatic to premiere Electromancy’s new track, “The Spark,” which features vocals from Toefood, the solo project of multi-instrumentalist and producer Josh Rickert — dig the new song below. The impending EP is rounded out by song “Mechanical Voices (Acoustic Robotics).”

A little backstory on Electromancy, mastermind Satyra (who’s also a fire performer) suffered nerve illness in 2018 after being diagnosed with Lyme disease, which took away a lot of the use of his hands and made it impossible for him to play instruments anymore. “I still had dreams of being a metal musician though, so I designed custom robots to play music for me,” Satyra previously said. Since then, Satyra created said mechanical beasts, while slowly regaining some hand use, and eventually Satyra built up a network of creative entities to help spread his art throughout the globe.

The outcome is Electromancy, Satyra’s robot metal venture. Guitars and drums are performed by Satyra’s own ‘do it yourself’ robotic designs (the bandmates are manikins, with their faces smashed open to accommodate a LED-infused light display). “Electromancy’s music is primarily black metal with bits of death metal and experimentalism,” reads an official band description. “The robots aren’t a gimmick, they are core to the sound, allowing textures, patterns, and compositions that are not natural to and sometimes not possible for a human musician.”