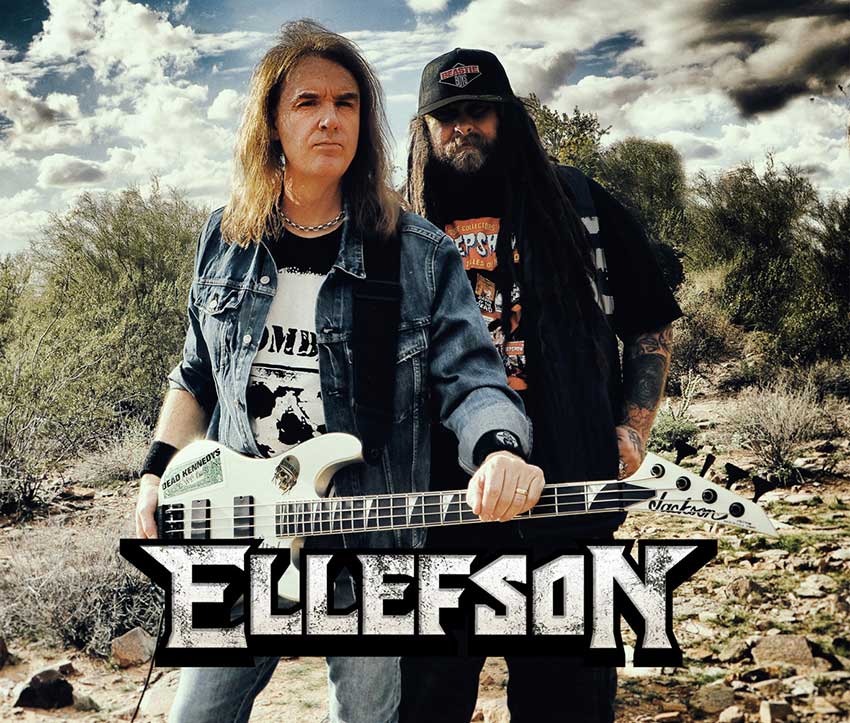 Ellefson, the solo band of Grammy-Winning Megadeth bassist David Ellefson released their cover of the Post Malone track “Over Now”, currently available exclusively on Bandcamp, and on all other digital outlets. The track will appear on their as yet-untitled debut album, tentatively due in October.

Ellefson (the band), debuted on the compilation release SLEEPING GIANTS in 2019, a 2 LP/CD collection of David Ellefson B-sides and rarities, which first showcased the collaboration of Ellefson and Hazaert (with contributions by Thal) on the tracks “Vultures”, “Hammer (Comes Down)”, and the title track, “Sleeping Giants”, which featured guest vocals by legendary Hip-Hop MC Darryl “DMC” McDaniels.

They recently released their single “Simple Truth”, with proceeds donated to the Italian Red Cross. “Simple Truth” was also released as part of a Bandcamp exclusive EP featuring a Max Norman (Megadeth, Ozzy Osbourne) remix of “Vultures”, and live versions of “Vultures” and “If You Were God”, recorded in Milan, Italy during their 2019 MORE LIVE WITH DETH Tour.

Says Hazaert, “Posty has become a good friend to our camp, David and I have both gone to shows, and hung out and spent some time with him, and we have definitely spent some nights texting and nerding out over classic Metal, and our fanboy devotion to Metallica, Megadeth, etc. Meanwhile I am honestly a huge fan of his stuff, his lyrics. I can honestly say, and I talk about it all the time, there is not an artist who has come out in a long time that has impressed or influenced what I do more than Post Malone.”

“As I actually told him, some of my stuff on Sleeping Giants was heavily influenced by Beerbongs and Bentleys, which I spent 2 months on tour last year driving around the country listening to on repeat, which was really where the impetus for the cover came from. So, it was a huge honor to put our stamp on this song, and pay my respects to what he does, and how much I appreciate it. And I think the emotions and dynamic of the song really lend themselves to the heavier arrangement. Posty is a Rock and Metal guy at heart, and I think “Over Now” is definitely a Metal song at heart.”

Says Ellefson, “We’re all fans of Posty, and he’s also been a huge fan of Megadeth and all things Metal. Aside from being a great song for any genre, our cover of “Over Now” is our way of showing our mutual admiration and paying homage to our friend.

He adds, “The old adage used to be that if you could strip a song down to just an acoustic guitar and a vocal, you probably had a great song. But times have changed now, that if you can take a song from another genre, and seamlessly transform it to a completely different genre, it just proves what a great song it really is. And it’s a cool dynamic, as he’s a Pop, R&B and Hip-Hop guy, who dips into Rock and Metal, and we’re Rock and Metal guys who have dipped into pop, R&B and Hip-Hop, collaborating with DMC on Sleeping Giants, etc. So, I think this really just pushes that whole idea of exploration forward.”
“And with everything we’ve been doing with our David Ellefson Youth Music Foundation and the Grammy Music Education Coalition, we’ve been fortunate to stay productive, and continue to inspire people to grow and create in the face of an unprecedented situation. Just because we’re locked down, doesn’t mean we’re locked in.” 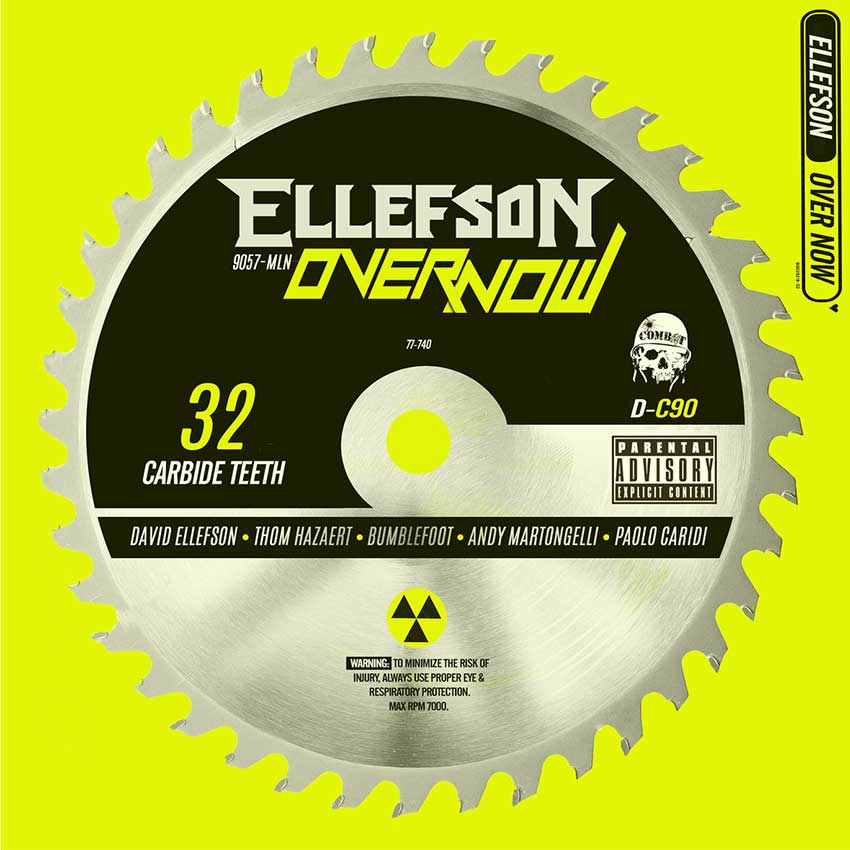