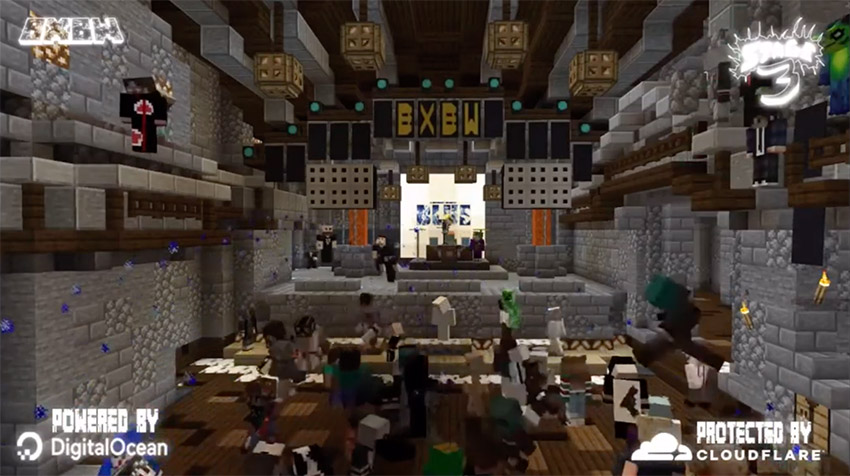 ‘Block By Blockwest’ – an online music festival within the world of Minecraft – took place this past weekend (after being postponed in April) with performances by Pussy Riot, Idles, Sports Team, Cannibal Kids, Fever 333, Movements, and others.

NME attended said virtual gathering, noting that there were “three stages of ‘live’ music (though in reality the artists involved provided sets recorded for the occasion),” and that there were even merch stands available for your avatar, VIP and virtual meet-and-greet areas, and more concert-esque features.

Kentucky hardcore punk favorites Knocked Loose ‘performed’ during the online event as well, and amazingly enough, a wall of death broke out during their set:

just witnessed a wall of death happen in minecraft pic.twitter.com/KyXdWKgNqE

Proceeds from the fest were donated to charity.

Check out more clips (including Knocked Loose’s full set) from the virtual fest below.