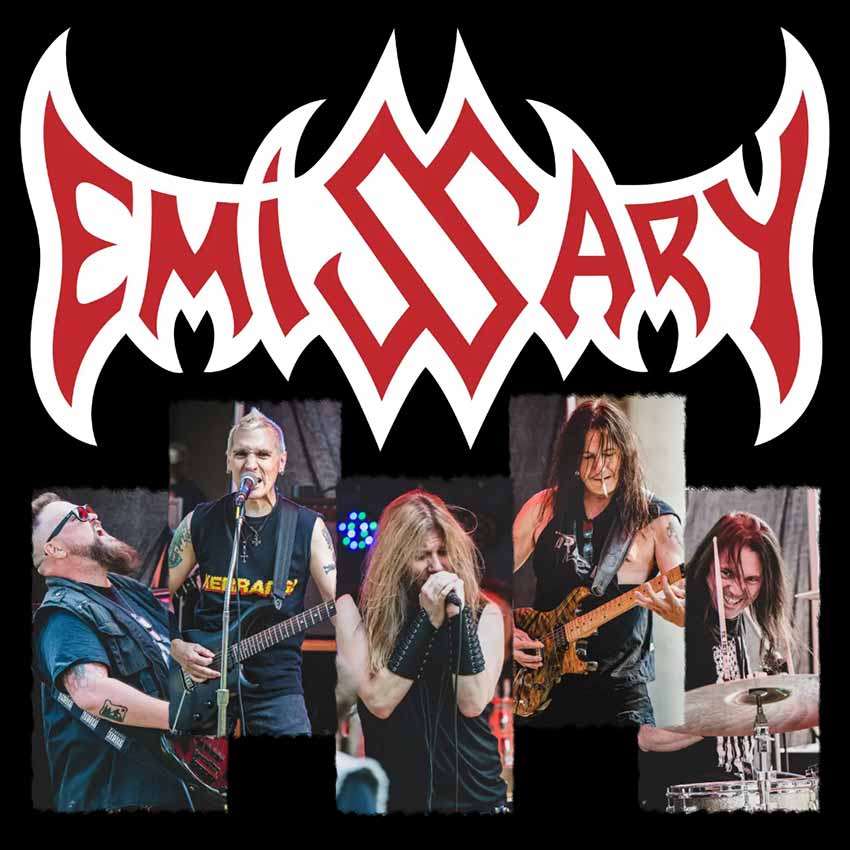 Medford, Oregon-based heavy metallers Emissary have announced U.S. tour dates for the spring in support of the release of their debut album ‘The Wretched Masquerade’ on Underground Power Records (Germany). See all confirmed tour dates below.

Emissary co-founder and frontman Jym Harris comments, “Emissary reformed after 25 years apart, during the first year of the pandemic so touring opportunities were incredibly slim. We got added to Legions Of Metal when my other band Sylent Storm took a hiatus, but then the whole festival got postponed. Now here it is, 2022 and it’s finally happening! What an honor to share the stage with all these incredible acts, some of which we grew up with like Riot V, Nasty Savage and Fifth Angel.”

He adds, “A few fellow Pacific Northwesters like Silver Talon, Beretta and Greyhawk will be there, as well, so maybe we won’t feel too out-of-place, haha. So many killer bands are playing that honestly, we’re just excited to even attend a festival this stacked with talent. Bob Byrne, the promoter, did an excellent job putting it all together and we couldn’t be more thankful to be included!”