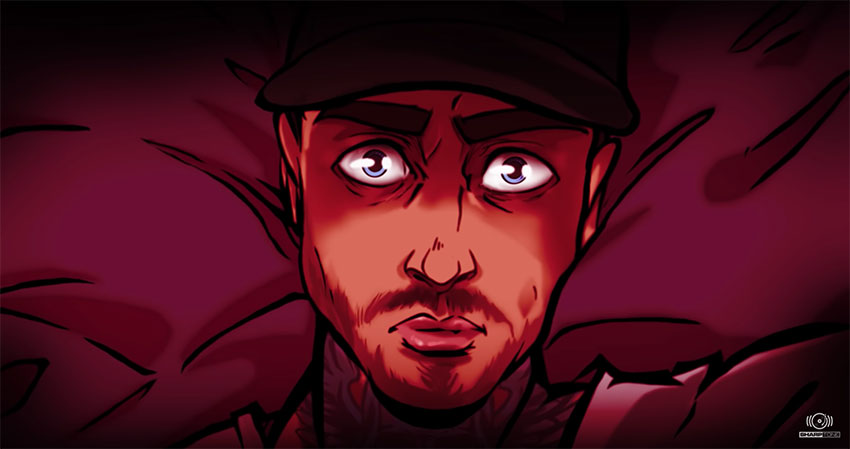 We wanted to create a world that closely reflects the themes and layers of the Emmure mythology- from gritty underground street culture to otherworldly, nightmarish possibilities.

Frankie Palmeri is the perfect anime antihero, a complex character who deals with real emotions in a mind-bending universe where anything can happen.

We had so much fun creating this manga-inspired video with talented artists from four different countries, and we hope to expand this story into a continuing series of animated projects in the future.