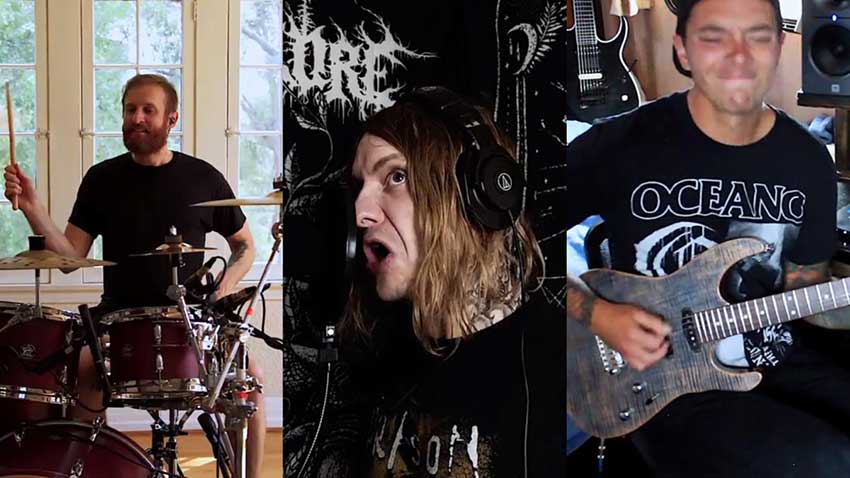 Spokane, Washington rippers Enterprise Earth have posted a video (filmed during quarantine) of their cover of the Necrophagist track “Fermented Offal Discharge.” The cover appears on the band’s ‘Foundation of Bones’ EP, which they recently dropped through Entertainment One (eOne).

“When the idea of doing some covers came up, Necrophagist was one of the first bands we considered. Like Lamb Of God, they’re a massive influence on all of us. We had a bit of a difficult time deciding which Necro song to cover as both albums are classic tech-death staples — and all of the songs are hard to play — but we ultimately decided on ‘Fermented….’ It was a lot of fun to record and perform.”

Enterprise Earth’s new Lamb of God cover (specifically for track “Now You’ve Got Something To Die For”) came out just last month, check it out here.