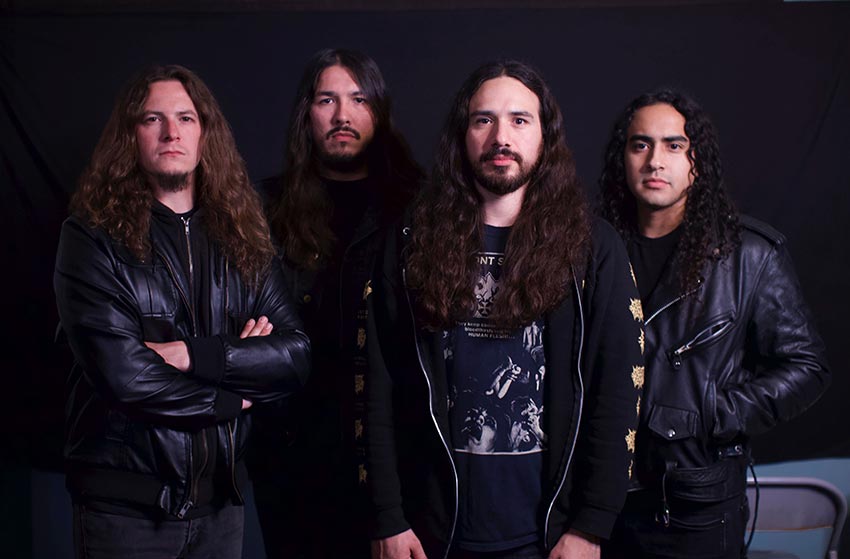 Los Angeles-based deadly thrashers Exmortus have released a new playthrough video for their track “Night On Bald Mountain,” which appears on the act’s horror-themed EP, ‘Legions of the Undead.’ Check out the clip below.

In addition, a limited-edition cassette (only 100 pressed) of the EP is now available exclusively for purchase on the group’s Bandcamp page (which includes digital download).

The play-through video for “Night On Bald Mountain” – a classical piece originally written in the 19th Century by Russian composer Modest Mussorgsky, and famously featured in the 1940 Disney animated feature “Fantasia” – showcases the impressive instrumental prowess of the group’s four members.

Founded by Gonzalez when he was just 12 years old, EXMORTUS released their debut album, “In Hatred’s Flame,” via Heavy Artillery in 2008. After gaining additional acclaim with their 2011 sophomore effort “Beyond The Fall Of Time,” the group signed a three-album deal with Prosthetic Records in 2013. In support of that acclaimed trilogy of releases (2014’s “Slave To The Sword,” 2016’s “Ride Forth” and 2018’s “The Sound Of Steel”), the band toured alongside some of metal’s biggest names, including Amon Amarth, Children of Bodom, Abbath, Dark Tranquillity and Marty Friedman, earning extensive praise along the way for their live power, prowess and proficiency.