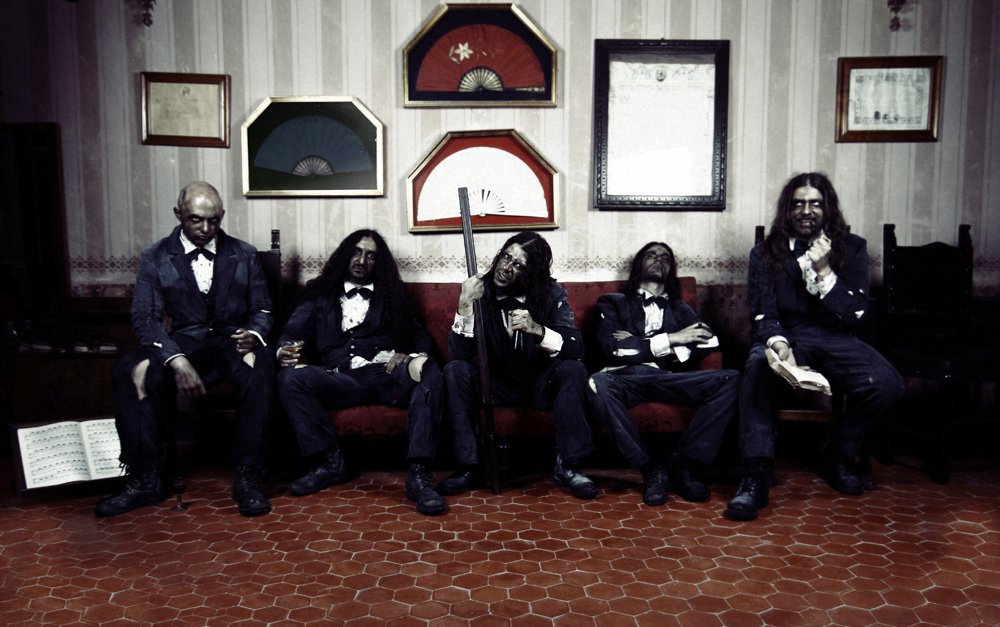 Italian orchestral-death metal giants FLESHGOD APOCALYPSE have unveiled a stunningly beautiful new cinematic masterpiece video for the band’s latest single “Monnalisa.” The video arrives just weeks ahead of the band’s massively anticipated return to North America for a special tour where they’ll be accompanied at shows by a classical string quartet for the first time ever. Tickets are on sale now!

WATCH THE VIDEO FOR “MONNALISA”:

“Monnalisa” is featured on the band’s critically praised 2019 album, Veleno, that’s available now from Nuclear Blast. The video was produced by Void n’ Disorder, directed by Giovanni Bucci (KORN) and shot by Francesco Pennica. Full credits can be found in the video’s description on YouTube.

“”Monnalisa” is truly experimental but, at the same time, one of the best songs we’ve ever written. It stood up amongst the other “Veleno” tracks right from its release, becoming an instant classic for our fans. I believe what makes this one so special for everyone is that the idea of “poisoning”, which is at the very center of our album “Veleno”, is connected to love. Even the most noble of feelings can become toxic if we suddenly lose our identity, letting our mind and soul become enslaved to someone else. In the end, we can truly love someone only if we find a way to love ourselves first. This is one of the most meaningful messages hidden inside our album. That’s why we felt the need to emphasize it even more through this video.

When I came up with the concept behind the video, we all agreed that only someone like Giovanni Bucci (Korn, Oddko), who directed our previous video “Sugar”, could have handled it the way we desired. The final result is a cinematic video that looks as good as a high-end fashion film, with incredible production values and unconventional imagery, mostly inspired by the historical heritage of Italian fashion and architecture, while still maintaining some horror aspects.

Giovanni and I have known each other for a very long time and I collaborated with his band ODDKO. I’m a huge fan of all his work as a full rounded artist. He and all the creative minds of the Void ‘N Disorder team, like the extraordinarily talented Art Director Paola Rocchetti, and top-level colorist Gabe Sanchez (Post Malone, Usher, Camila Cabello) transformed a bunch of cool ideas into a mind-blowing piece of art.”

“My goal with this music video was to prove that you can make something elegant and classy and still be metal as fuck. I wanted to get away from the gritty stereotypes of metal videos and since we are all Italians, I thought that it would be interesting to juxtapose Death Metal imagery with elements from classical Italian culture, with its sophistication, elegance, and style. Moreover, it’s always a pleasure to work with these guys and Francesco, who plays the drums on Oddko’s upcoming album and is also featured in the next, soon to be released, music videos.”