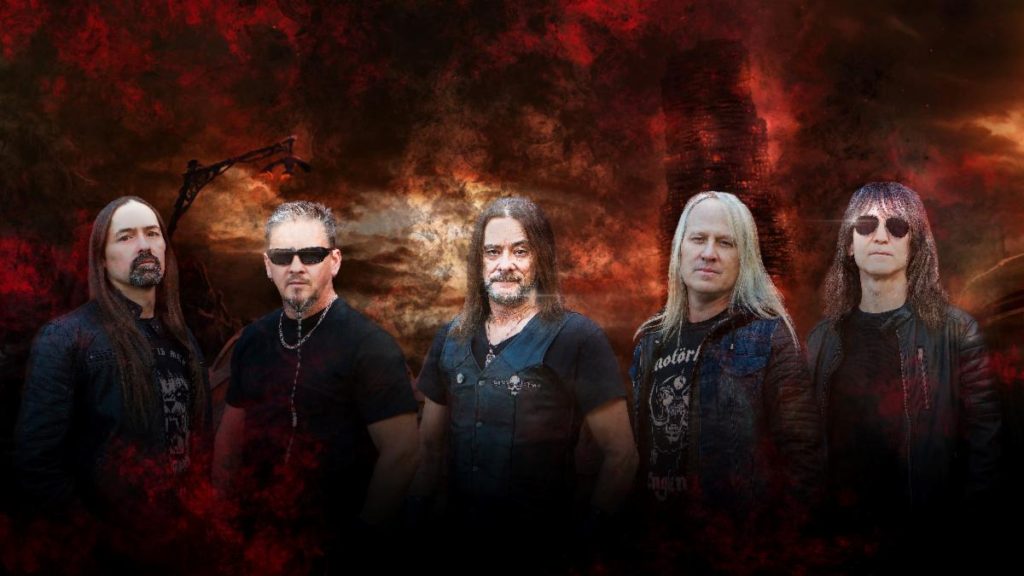 Phoenix, Arizona power and thrash metal titans Flotsam and Jetsam have confirmed a short run of tour dates for North America kicking off this August. Titled the ‘Brace For Impact Summer Tour 2021,’ the U.S. and Canadian outing jump starts in Albuquerque, New Mexico on August 17th and runs through Mesa, Arizona on August 28th. See all tour dates below.

Flotsam and Jetsam are supporting their brand new studio album, ‘Blood in the Water,’ which officially dropped on June 4th, 2021 through AFM Records. The effort was mixed and mastered by Jacob Habsen (U.D.O., Volbeat, Amaranthe, Powerwolf) and features the singles “Burn The Sky,” “Brace for Impact” and the album’s title track, which you can stream below.

“Following up ‘The End of Chaos’ was no easy task,” says guitarist Michael Gilbert. “We weren’t really sure what we had left in the tank, as we put so much work, sweat, and blood into that album. As it turns out, we had plenty left to say. With everything that’s happened in the world, the friends we lost this last year, and not being able to perform or tour… you hear all of that in our music. It’s angry, it’s aggressive, and our emotions pour out all over this album.”