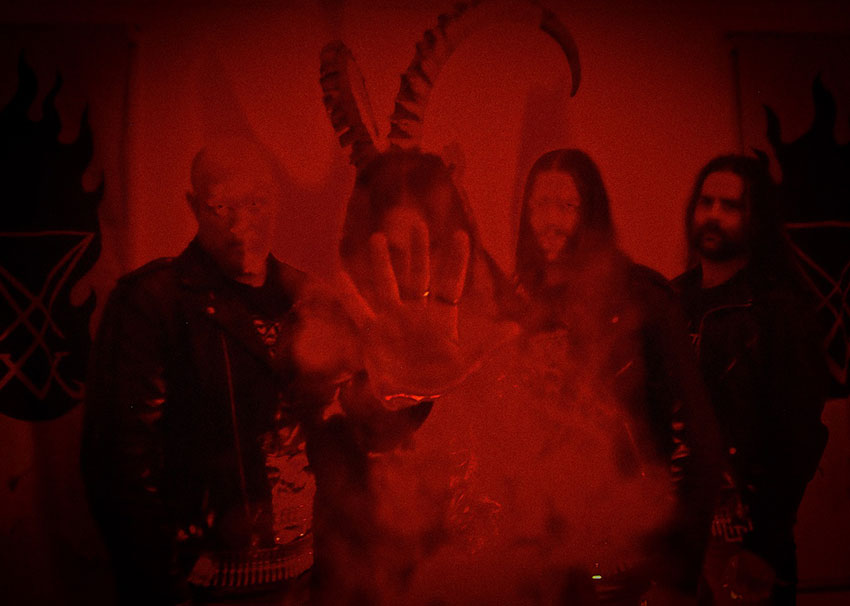 Agonia Records is pleased to announce the signing of Australian black/death metallers, Denouncement Pyre. The band is currently working on its fourth album, follow-up to ‘Black Sun Unbound’ from 2016.

Denouncement Pyre was established in 2003 in Melbourne, Australia, as an underground black/death metal act. Prior to signing with Agonia Records, the band released a string of various EPs & 7”s, and conjured three full-length albums through Hells Headbangers Records; ‘World Cremation’ (2010), ‘Almighty Arcanum’ (2013) and ‘Black Sun Unbound’ (2016). Amidst extensively touring throughout their native Australia, they brought their live show to New Zealand and USA, during Maryland Deathfest in 2016.

“Denouncement Pyre stands for the destruction of the limitations of man,” comments D (guitar & vocals). “Drawing inspiration from the darkness that lurks beyond the boundaries of flesh and mind. Through doorways to Daath. Forever unbound!“. On the new record deal, D adds: “We are stoked to be joining forces with Agonia Records for our forthcoming album. So far the recording sessions for the new record have been the most intense yet. With ever burning hunger we look forward to unleashing this beast upon you all soon!”