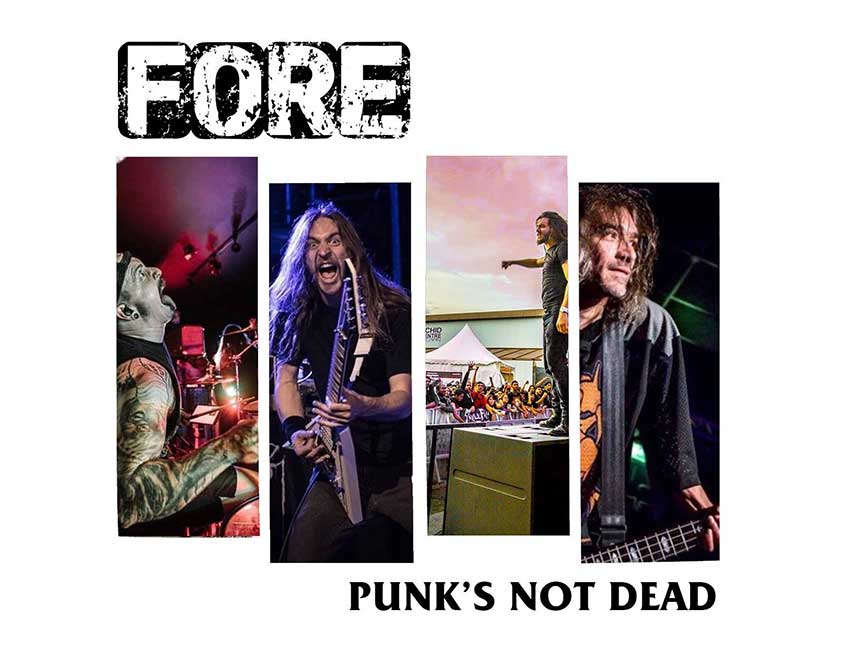 In a sea of new metal bands, these four, or “FORE”, metal heads have come out with a classic punk rock band and debut album. Featuring former KREATOR bassist Christian “Spiesi” Giesler, Jeramie Kling (VENOM INC, ex-MASSACRE, THE ABSENCE) on drums, Taylor Nordberg (ex-MASSACRE, THE ABSENCE) on guitar, and rounded out by Brian “The Canadian Glenn Hughes” Stephenson on vocals, the band has formed, written, recorded and released their debut full-length album “Hombres” within three months.

Self-released on August 7th, ‘Hombres’ features twelve blistering punk anthems in the vein of BAD RELIGION, PENNYWISE, THE OFFSPRING, and NOFX. Today we receive the first official music video for the single “Today We Rise (No Tomorrow)” which features the Tampa Rejects skateboard team. The video can be viewed below.

You can order ‘Hombres’ digitally at forepunk.bandcamp.com or on CD through the band’s social media pages. Details on a vinyl release will be announced soon.