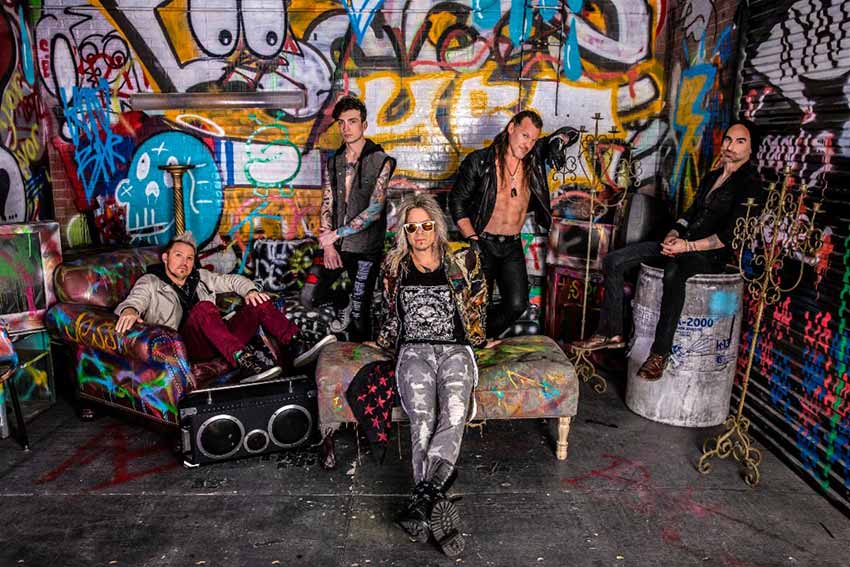 Atlanta heavy rockers Fozzy have revealed the fall leg of their headlining ‘Save The World Tour’ with No Resolve and GFM in tow. All shows are listed below. Fozzy are trekking in support of their new album, ‘Boombox.’

Here’s full info from the presser:
“International rock powerhouse Fozzy, led by multi-hyphenate superstar Chris Jericho and acclaimed guitar guru Rich Ward, has announced a fall leg of their headlining Save The World Tour supporting their celebrated new studio album, Boombox. The 20-date outing, featuring special guests No Resolve and GFM, kicks off September 8th in Columbus, OH and will travel throughout the U.S. and Canada stopping in such cities as Louisville, Pittsburgh, Milwaukee, Cincinnati, Charlotte, Richmond, Baltimore, Montreal, Toronto, and Philadelphia before wrapping October 10th in Virginia Beach.”

Notes Fozzy frontman Chris Jericho:
“2022 has already been the biggest and best year in Fozzy’s career. From ‘Judas’ going GOLD with 500,000 units sold, to ‘I Still Burn’ being the fastest charting song in Fozztory, to the Save The World Tour being our most successful run ever, we decided to extend the celebration and do another HUGE run through North America starting in September! So come celebrate Boombox, (which critics are calling our best album ever), the power of rock n roll and the magic of Fozzy LIVE with us again this fall! And bring your party hats…you’re gonna need em!” 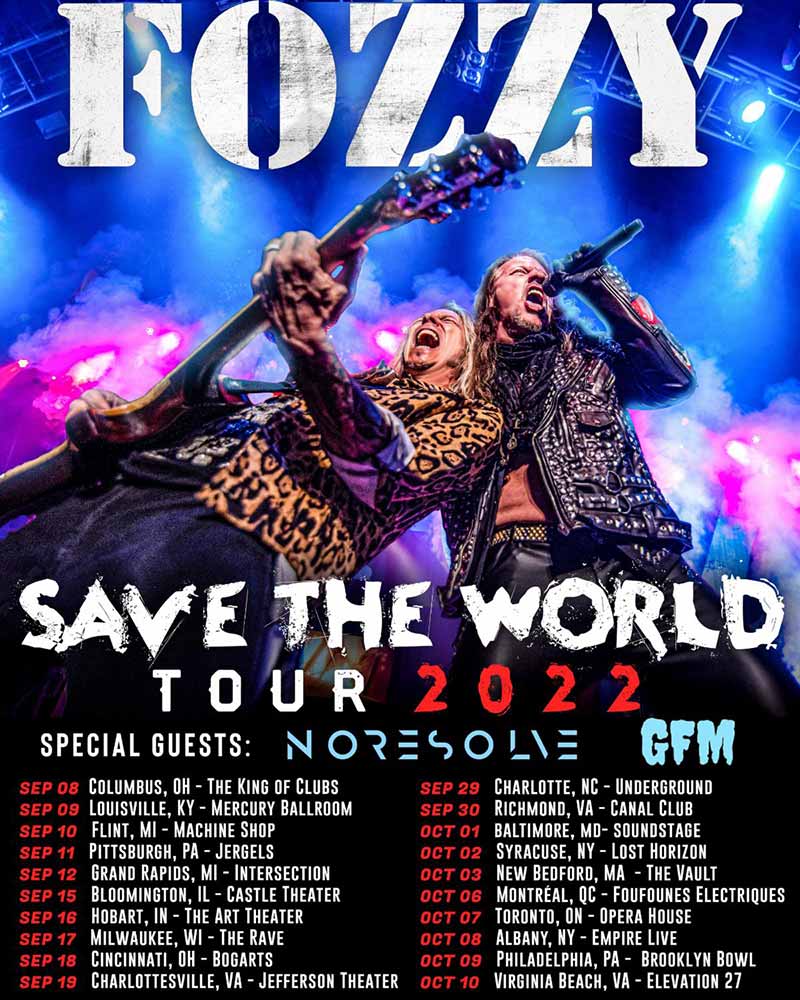