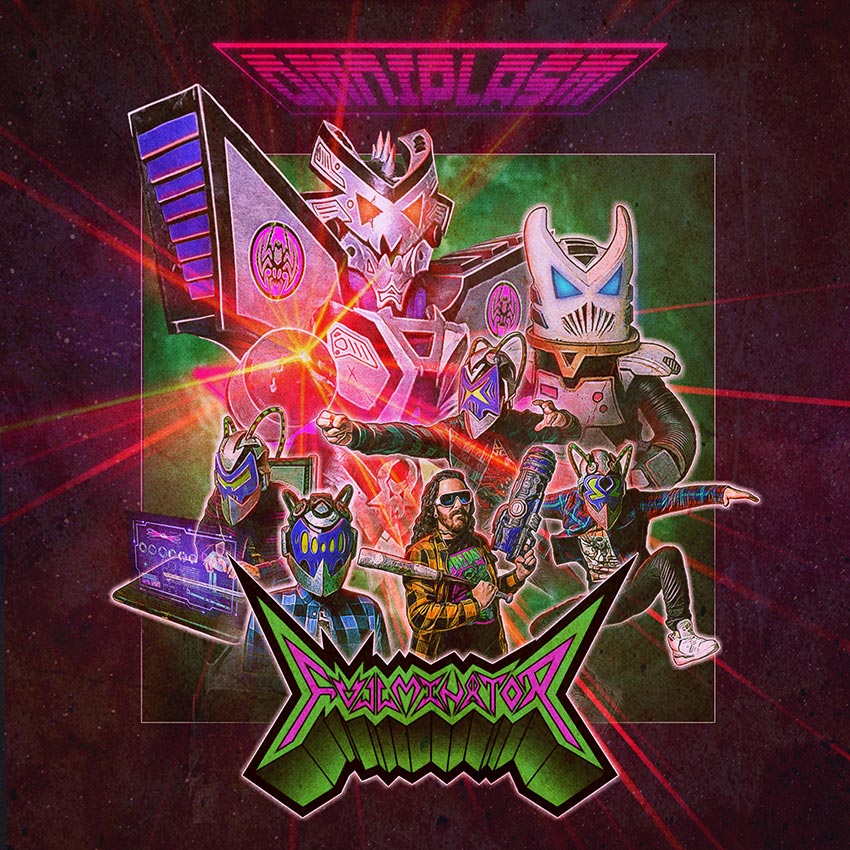 Fullminator (who say they are from Puerto Rico, but we know better) have teamed up with Metal Underground to stream their new EP Omniplasm. The EP is set to be released [Friday].

These beings may have come from outer space, but they have certainly learned Earthly customs of metal and shock rock well – they’ve studied the works of Anthrax, Overkill, and GWAR, and blended it into a fury of notes and blasts. There’s no messing around on each opener as they get down to the nitty gritty of thrashing, especially on first track “Artificial Immolator (AI)”. Each song comes equipped with a ripping solo from Cyber Zurrfex , backed up handily by the triple-rhythm attack of Superintended Kiununtriux, Enforcer Blowmiux and Commissar Gartallax. The guitar even takes on a punky tone on “Perihelion”, but nothing stops the hyper-speed playing.

Meanwhile, front-and-center, Reptilian Deluxe is a charismatic vocalist as he barrels through lyrics ranging from sociopolitical commentary (“Politicians got me wishing I could fire every one into the depths of outer space”) to explaining their origin story as they attempt to defeat the evil Colonel Roach (“Omniplasm”). But in case all of that seems too heavy, Fullminator remind us that sometimes it’s about letting your hair down and partying hard – to that end, there is a cover of Beastie Boys’ “Fight For Your Right” which has been completely redone in Fullminator’s own style to round out the blast through time and space. It’s also a great representation of the band’s live shows, which are replete with lasers and giant robot battles in the pit.

Despite its brief runtime, Omniplasm has plenty to lap up for thrash enthusiasts. For a band who have already managed to support DRI and Gruesome only a few years into their career – all while hiding on earth from Colonel Roach – it’s an impressive set of achievements, of which this EP is just one more jewel in the thrash metal crown.