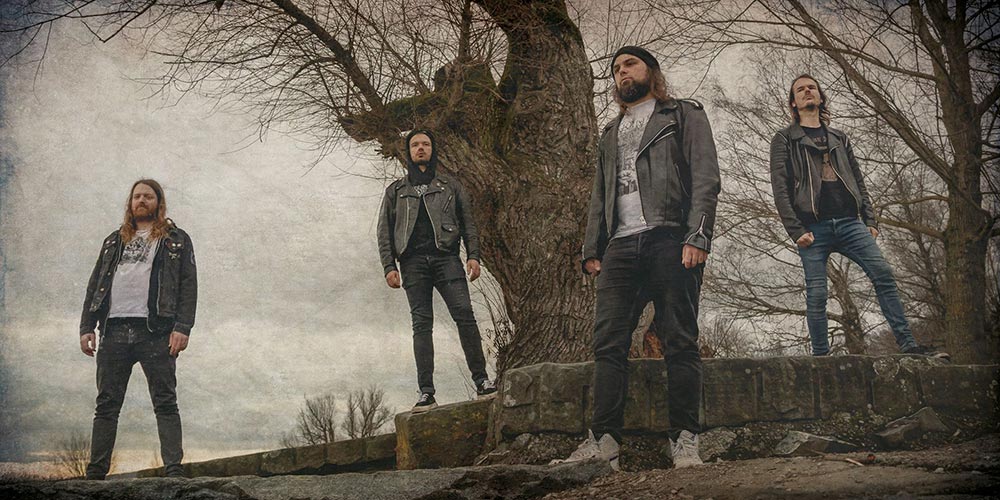 In their endless quest to push and support current underground acts that perpetuate the odor of vintage death metal, on April 27th, Memento Mori is proud to present Funeralopolis’ striking debut album, …of Deceit and Utter Madness.

Hailing from Switzerland, Funeralopolis was awoken under the name Human Waste in 2006. With vocalist Void joining the band in 2009, they changed the name to Funeralopolis. Void left the band shortly after, but the name stayed. They started recording the first demo, titled …of Death, with a slightly different lineup (guitar-desecrator Thuri also took on vocals) under horrible circumstances in only 48 hours, including mixing and mastering. The tape was released as a co-release between Dark Descent Records and Skeleton Plague. Several years and beers later, the recording of the …of Prevailing Chaos EP took place at Hidden Stash Studios, with a slightly different lineup. It was summoned in 2013.

Funeralopolis didn’t have any lineup changes since 2011, and have been around since a decade now. Over the years, they’ve shared the stage with bands like Mystifier, Dead Congregation, Excruciation, Diocletian, Bölzer, Sadistic Intent, and many more. That stage experience certainly plays into the band’s long-awaited debut album, …of Deceit and Utter Madness. With a gutsfucking guitar tone at the fore and utterly vile bass beneath, Funeralopolis crush chest cavities (and dreams) with a crusty sort of death metal that violently vacillates between lumbering, world-eating doom and ragged, almost-punkish gallops. Indeed, the spectre of domestic legends Hellhammer looms large here, but the band are undoubtedly most influenced by death metal from the late ’80s and early ’90s; such names invoked include Autopsy, Darkthrone (EARLY era), Asphyx, Sadistic Intent, Nihilist, Necrovore, Obituary, Incantation, and Blasphemy. However, other bands like Sodom, Cianide, Sarcofago, Winter, Candlemass, Doom, Carnivore, and many, many more also had a big impact on Funeralopolis. In fact, one could say that the bubbling mass of …of Deceit and Utter Madness is a veritable love letter to all these noble influences.

Fittingly, …of Deceit and Utter Madness is graced with alluring cover art courtesy of Mark Cooper, and maximum heaviness is ensured by Ted Tringo’s mastering job. Funeralopolis open up the earth and present your mass grave!

Take the first step into that grave with the brand-new track “House of West” HERE at Memento Mori’s official YouTube channel: 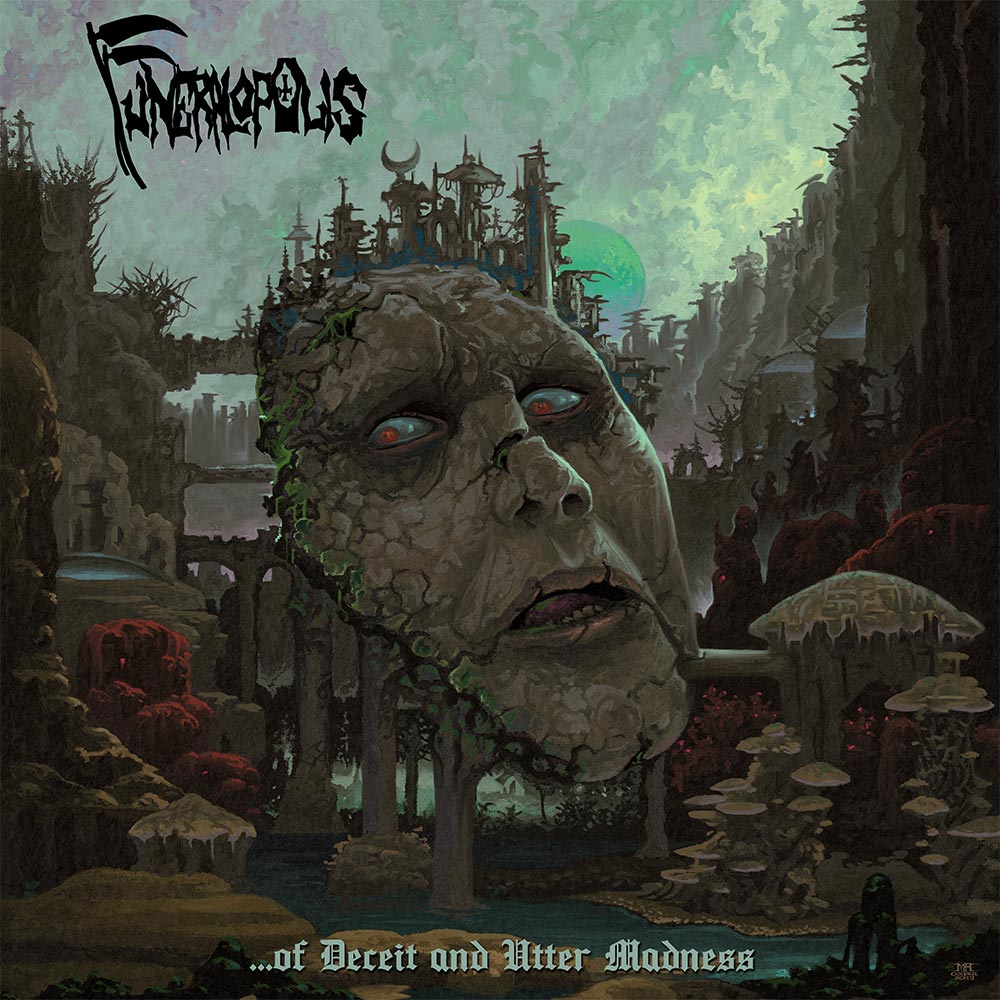