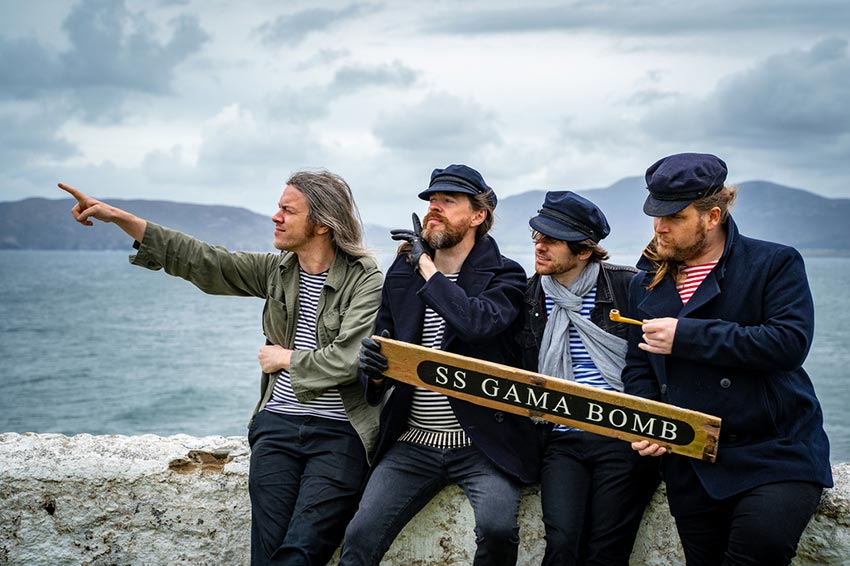 Irish thrashers, GAMA BOMB, have released the second single to be taken from their upcoming studio album, Sea Savage. Sheer Khan is streaming everywhere now, and has an accompanying lyric video which can be viewed below. The nautical-themed Sea Savage will be released via Prosthetic Records on December 4; pre-orders are available now.


Of the track, vocalist, Philly Byrne comments: “I love songs with lots of ‘room’ in them – riffs that allow you to sing and have melodic ideas, without getting in the way, like classic Judas Priest songs. That’s the principle behind Sheer Khan: it’s a very different beast to our usual thrash, much more mid-paced and moody with a hard rock sound. It has post-apocalyptic lyrics inspired by movies like Mad Max and Bronx Warriors, mixed with a sort of Whitesnake vibe about dangerous women on the prowl. It’s my go at being a ‘Dimestore Dio’, and it’s great fun.”

Bassist Joe McGuigan adds: “The riff for this song came about in a strange manner: I was reading about the Marchioness of Londonderry, who died after jumping from Clifton Suspension Bridge in England. She was the wife of the singer Georgie Fame, so I ended up listening to his hit ‘Yeh Yeh’ a lot. Sheer Khan is a sort-of Countdown to Extinction take on that Georgie Fame lick, but done in a sort of Running Wild, nowadays-Saxon manner. Me and Philly had been wanting to do a track in this style and tempo, so excelsior to you, Georgie!”

Armed with a riled up and raucously jubilant approach to heavy metal, GAMA BOMB’s Sheer Khan is a welcome slice of fist-pumping escapism. It’s hard to argue that the Irish thrashers’ ability to pair themes of post-apocalyptic fantasy horror with feel-good sonic abandon is anything short of infectious. The track is taken from an album that is inspired by Victorian horror and maritime adventures such as Moby Dick; Sea Savage is presented as a 19th Century play, with Act One and Act Two playing out on side A and side B of the record respectively. The pelagic tale follows the crew of the steamer ‘S.S. Gama Bomb’ as they voyage in search of a real-life Yeti, only to go slowly mad on the high seas. It also features songs about 80s and 90s movies, because GAMA BOMB cannot help themselves.

Sea Savage was produced by the band’s own lead guitarist Domo Dixon, with the band members recording remotely in Dublin and Newry, Ireland, as well as London and Warsaw throughout spring and summer 2020. The album was then mixed and mastered by Zack Ohren (Testament, Carcass) in California, using analog ‘80s equipment to match the old-school metal vibe. 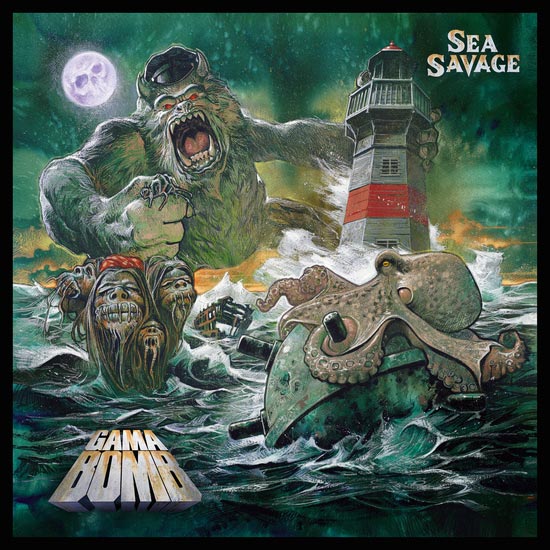