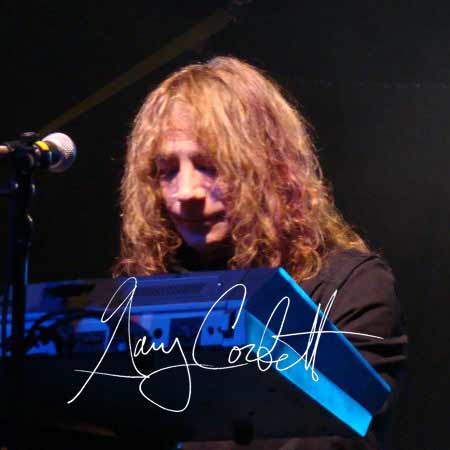 Corbett’s death was confirmed by his sister in a post on his Facebook page on Thursday that reads, “It is with great sadness and the heaviest of hearts that the Cohen/Corbett family needs to let everyone know that after a hard fought battle with cancer, Gary Corbett passed away last night. Those who knew Gary know that we and the world of music have all lost a very talented, funny, kind and gentle soul. The pain cuts so deeply that our hearts are bleeding.”

Former Cinderella members Tom Keifer, Eric Brittingham and Fred Coury issued a join statement on Corbett’s passing that says, “Late last night, while we were still trying to process the sad news of losing Jeff, we got word that our long time keyboard player Gary Corbett lost his battle with cancer. Gary was a talented musician and good hearted friend. He toured with Cinderella on and off for many years. Our deepest condolences go out to Gary’s wife Lenora and his family and loved ones. RIP Gary -Tom, Eric & Fred”

As noted, the former members of Cinderella and fans worldwide are mourning the loss of guitarist Jeff LaBar, who sadly died this past Wednesday at the age of 58.

Speaking on Corbett’s death, KISS comments, “We are shocked & saddened to learn of the passing of Gary Corbett to cancer. Gary played keyboards on Paul’s first solo tour & with KISS during the Crazy Nights, Hot In The Shade & Revenge tours. We shared many great times & send our condolences to his wife Lenora and his family.”