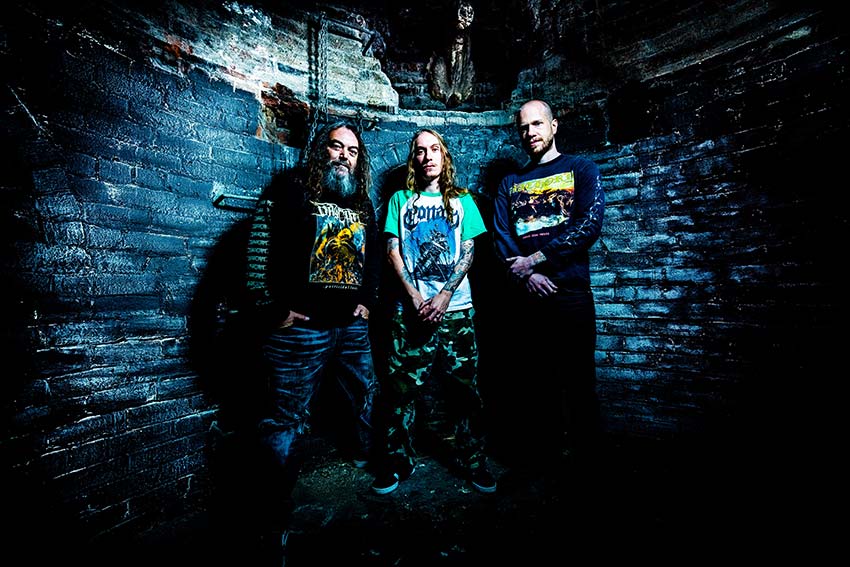 Go Ahead And Die – the Arizona-based metal band featuring vocalist and guitarist Max Cavalera joining forces with his son, singer, guitar and bass player, Igor Amadeus Cavalera as well as Zach Coleman on drums – have released their new single titled “Toxic Freedom,” which you can stream below in official animated music video form (created by Costin Chioreanu).

Max comments, “‘Toxic Freedom’ is about police corruption, police brutality, and police racism. It can be seen and felt all around the world. It is about authority killing minorities.”

Igor adds, “Our leaders abuse their power while thousands are imprisoned and more are murdered every day. ‘Toxic Freedom’ is a protest for those that have suffered at the hands of wrongful police brutality.”