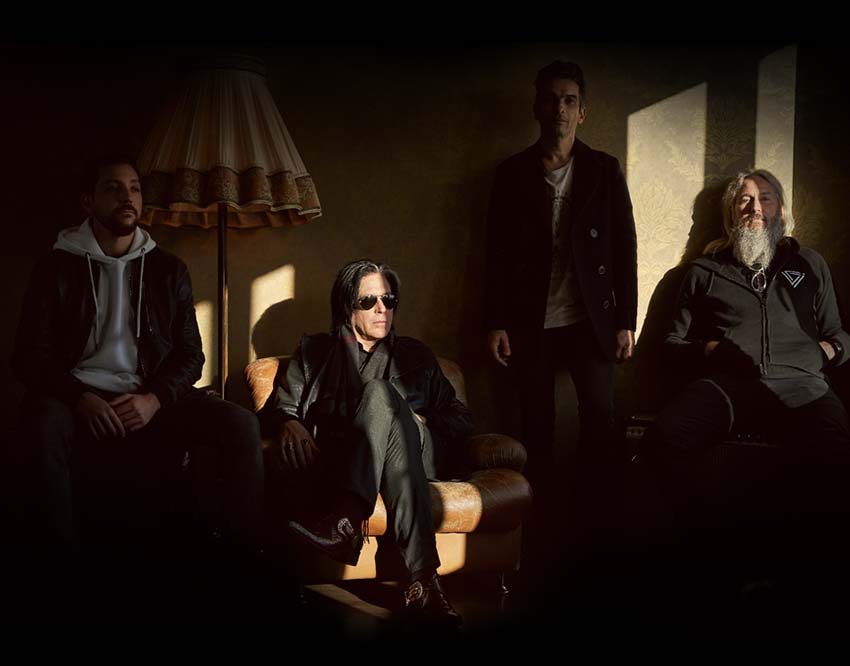 Supergroup Gone Is Gone – consisting of guitarist Troy Van Leeuwen (Queens Of The Stone Age), bassist/vocalist Troy Sanders (Mastodon), drummer Tony Hajjar (At The Drive In) and guitarist, keyboardist and backing vocalist Mike Zarin – have premiered their new track titled “Sometimes I Feel,” which you can check out below in music video form.

Regarding the song, the band said:

You’re in a blissful dream filled with love and light. You search for the words to express this feeling but everything comes out jumbled and upside down. But that doesn’t matter. The feeling you’re experiencing is real enough to believe. You hear a voice repeating the word “Happiness”. This voice is joined by a chorus of angels and every time they repeat it, the sound becomes more intense into deafening screams. As you slowly awake you realize these screams are your own. The veil of this dream unravels and dissipates to reveal the awful world that is the “Now” as it’s crumbling around your bed. You know… a feel good hit.

Just last month, the act dropped a fresh track titled “Everything is Wonderful.”

Related: Troy’s other supergroup, Killer Be Killed, released a new track as well.