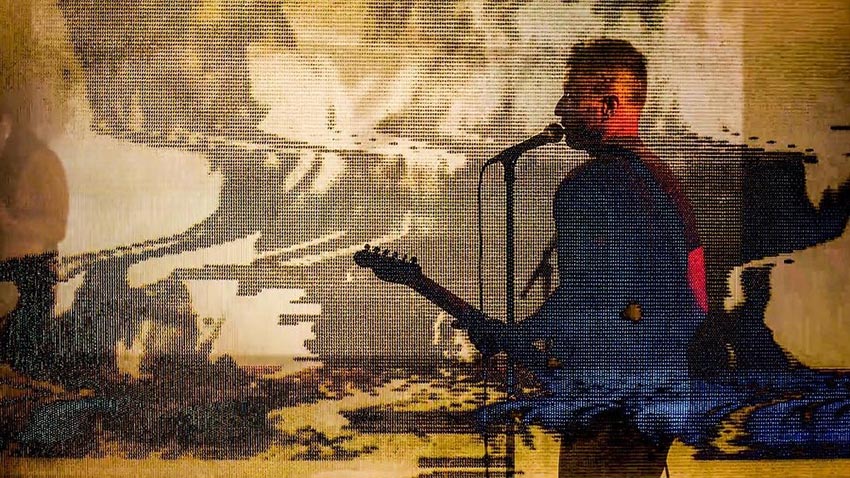 Greg Puciato has to be one of the hardest working men in the metal genre and his ‘Fuck Content’ stream helps paint the picture. Featuring behind the scenes footage, unreleased songs, interviews, and most of his new solo album, ‘Child Soldier: Creator of God,’ which dropped in October via Federal Prisoner. The show was an hour and twenty minutes of stepping into the mind of a madman. The only thing missing was Greg jumping into a crowd, and even if there were 100 phones in the air tuning in for a ‘Greg Jump,’ I would have accepted it.

Make no mistake, this was no live stream. This was a collection of raw material that took the viewer inside a place they didn’t even know they wanted to be. One of the biggest things that Greg and I really hate are when bands say “live stream,” when we can all clearly see it’s pre-recorded. Greg wanted to make sure he wasn’t misleading his fans, he ain’t no “dancing monkey.”

Being a well rounded musician and coming from such diverse bands like The Dillinger Escape Plan, The Black Queen, and Killer Be Killed, anything Greg touches has a pretty damn good chance of being smashed into your face. The music, accompanied with the visuals, made for a sensory overload that only real music aficionados could enjoy. I was one of them. I enjoyed it. My mom always said, “One day Dylan, I have a feeling, you might be an aficionado,” well, look at me now, Ma.

Greg’s blend of hard hitting synths, volcanic vocals, death defying guitar licks and a bass that shakes your soul into the ground, adds up to only one thing, Fuck Content. This is a man playing by his own rules, beating to the beat of his own drum, slamming his own guitar, and don’t forget, slapping his bass. The man plays it all, has a great vocal range and a keen sense in the arts. The show was filled with tons of content and really played well with the glitching and VHS effects. After watching this you really get an idea of what Greg is really trying to accomplish.

Starting this Friday (December 18th) Greg’s stream will be available as a paid digital-download, and the audio will be available through Federal Prisoner’s Bandcamp (and will also be available via streaming services on December 25th). FP also say, “If you ordered a vinyl bundle for the stream, you will automatically receive an individual download code to get the high-quality audio off of Bandcamp on Friday. If you purchased a Blu-ray of the stream (these will also be available again on Friday for a short time), you will automatically receive a download of the full video on Friday.” Get more info at federalprisoner.shop.