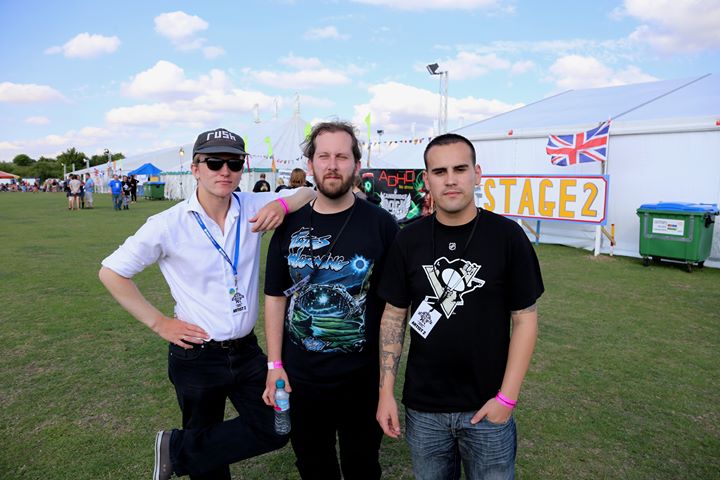 Progressive rock/metal band HABU have released a video for their song “Whirlwind.” The track is taken from their upcoming album Distant Thunder which will be released on March 7th.

The band commented ““Whirlwind is a song about facing every day battles with determination. There are some things you can change, and some you can’t – and this is a song about fighting the right battles at the right time – though sometimes the most sensible course of action is just to take shelter ’til the weather improves…”

It’s been a wild ride for British power-trio Habu. Within less than eight years, they’ve opened for top-drawer acts like Uli Jon Roth and The Crazy World of Arthur Brown, played Cambridge Rock Festival, released two full-lengths, and already have a third one on the way. While their last two records were highly-praised on their own merits, Distant Thunder ascends to new heights which sees the band pushing themselves even further to craft the finest that their progressive hard rock sound can offer.

In a trio format, every member must pull their weight and then some, and Habu are no exception. Frontman Alex Body showcases stunning bass melodies with ease as he sings of government operations (Paperclip and A119, to be specific). His voice is a smooth tenor that carries instantly catchy melodies (the chorus of Whirlwind is one such earworm, as well as the Ghost-like “These Walls”), while he effortlessly delivers low-end wizardry to make Geddy Lee proud (see intro of “The Arrow”). His bandmates are similarly adept at their instruments – Andy Clarke takes a leaf from NWOBHM and proto-metal for some big riffing, and the solos dance around the fretboard akin to a Petrucci or a Michael Romeo. Holding down the fort on drums, Alex Dunbar displays his innovative patterns such as on the excellently-titled “Nuke the Moon”.

That said, a band is not just a band – it’s those around them. In this case, there is an unofficial ‘fourth member’ who helped them through the birthing process of Distant Thunder. Producer Joel Kurta, described in turn as ‘invaluable’ and ‘fantastically demanding’, helped shape the record into the stunning masterpiece it is. “He’d have an idea to change a bar or two of music and we’d work on it – sometimes for hours – before we got it down the way he heard it in his head,” says Body. “But the truth is – he was pretty much always right!”

In the end, Distant Thunder is a bold step forward in Habu’s trajectory, soon to send them shooting off into the distance, and if some of these songs are not filling stadiums within the next couple of years, there is no justice in this world.