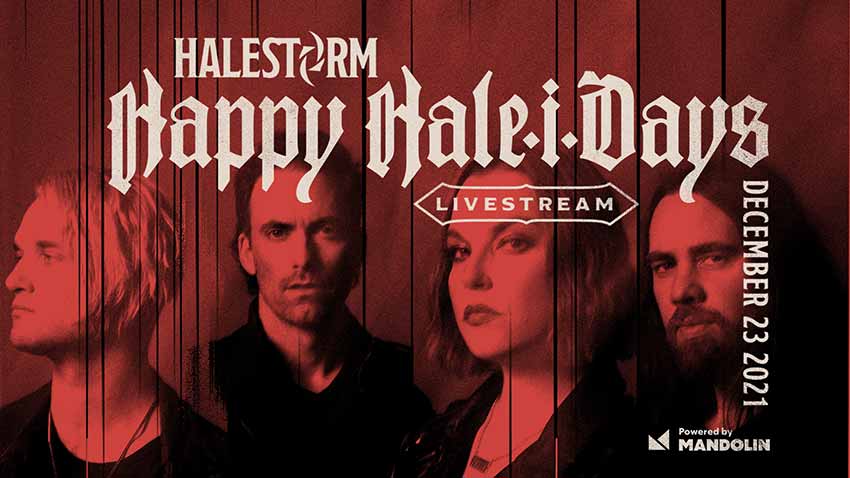 Heavy rockers Halestorm have announced a one-night-only streaming concert to be held on December 23rd, 2021. Dubbed ‘Happy Hale-i-days,’ the online gig was recorded in September at the Brown County Music Center in Nashville, IN, and will be streambale via Mandolin.

A presser adds, “Today Halestorm also announced a second set of virtual meet and greets from their upcoming tour dates for fans who’d like a one-on-one experience with the band before they hit the stage, also available via Mandolin. Prior to the streamed concert on December 23rd, fans will also have the option to purchase tickets for a VIP Party an hour before showtime. For all details, visit Mandolin.com.”

In addition, Halestorm are now embarked on the final leg of their 2021 tour — check out all upcoming shows below.