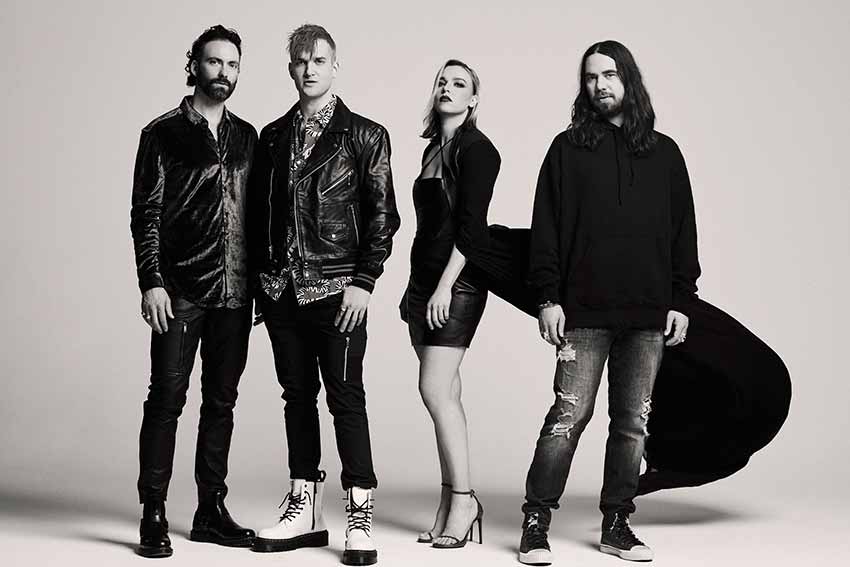 PA hard rockers Halestorm have announced their first U.S. shows since the end of their co-headlining stint with Evanescence in January. The gigs are set for May and will be in support of the band’s new studio album titled ‘Back From The Dead,’ which releases on May 6th (pre-order) — all dates are listed below.

A presser states, “Kicking off May 10th in Billings, Montana, and running through May 30th in Missoula, the dates, which include festival stops at St. Louis’s Point Fest on May 21 and Daytona Beach’s Welcome to Rockville on May 22, will include various openers, including rock icons Stone Temple Pilots; Mammoth WVH, the hard rock band fronted by Wolfgang Van Halen; and Southern rock staples Black Stone Cherry.”

ICYMI, Halestorm premiered their video for “The Steeple” last week (stream it below), marking the second single to be released from the impending new record. In addition and in honor of Record Store Day, Halestorm will release a limited edition 7” die-cut version of the song “Back From The Dead” in the shape of a tombstone. Grab it at your nearest independent record store. 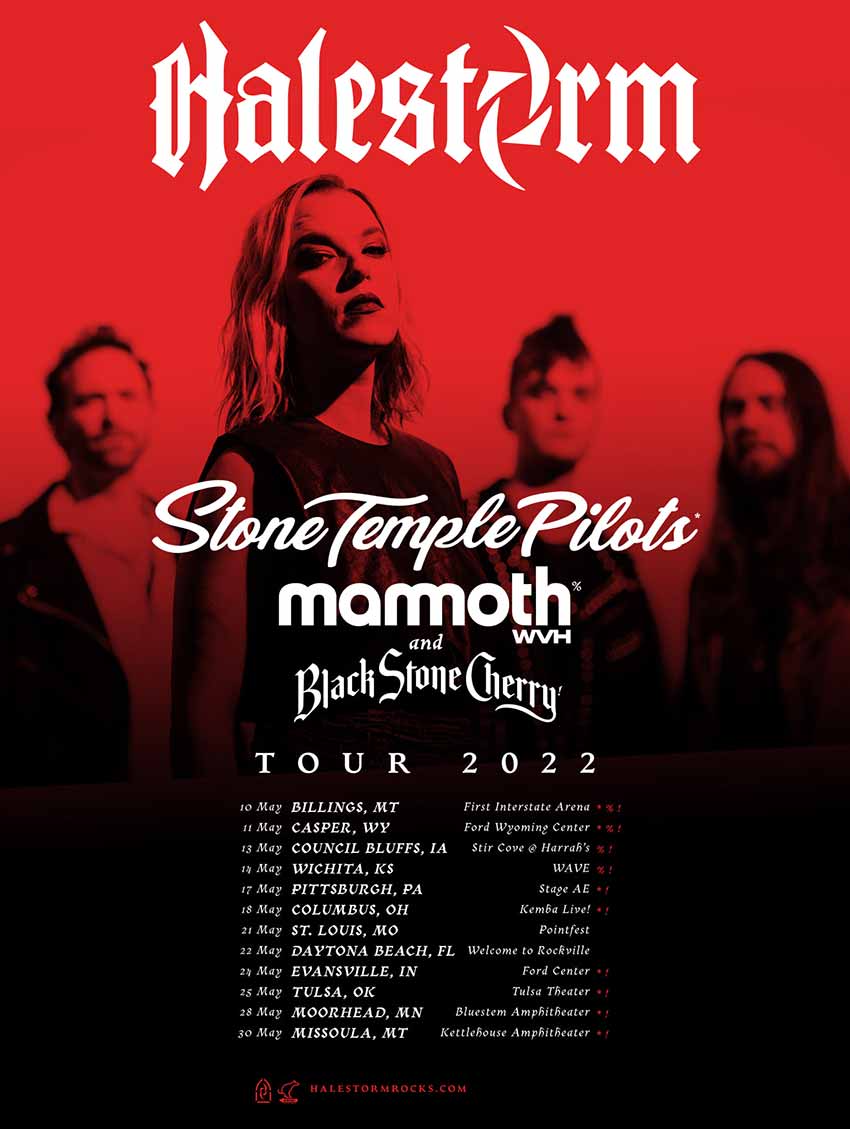