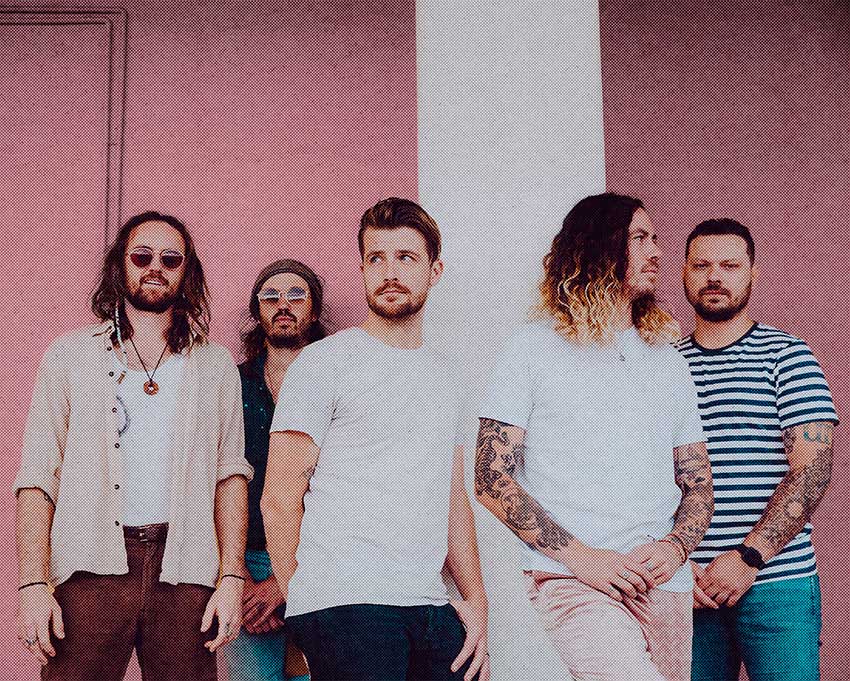 Australian rockers Hands Like Houses have posted their new song, “Space,” in music video form, which you can check out below.

Vocalist Trenton Woodley explains that “Space” captures a particularly mentally and spatially suffocating time for the band experience while recording. Trenton personally found himself going through the motions, grappling with exhaustion, trying to push ahead ahead and ultimately feeling as though he was coming up short of others’ expectations. Lyrically and sonically, the track captures a literal cry for the breathing space he needed.

I think the song really captures that pressure we felt having to refine our raw ideas and work through our differences in taste and personality while recording.

It’s strange that that sense of emotional claustrophobia has fast-forwarded to this literal one with COVID-19. Since we tracked it, I haven’t actually read the lyrics written down until now and there’s a strange sense of deja vu, like I wrote them yesterday, with full knowledge of everything that’s happened in the last few months.

I wanted it to feel tired, not hopeless, worn out but not ready to give up just yet. I didn’t want it to sound like I’d stopped trying. I wanted it to feel like coming out of a long silence, to say ‘please be patient. I can get this right. I just need a little faith, a little trust, and a little bit of space to get myself back together.

The clip was directed by Rhys Graham and produced by Jensen Cope.

Art of Shock cover “No Presents for Christmas” (King Diamond)