In continued support of their recently released ‘Sandmine’ EP, SoCal rockers (HED) P.E. have teamed up with director and VFX artist Joshua Petrino to film a music video for the song “Death Trip” — watch the clip below.

A presser states, “The video is a parody love letter to classic horror movies such as Friday The 13th and Sleepaway Camp, where a masked maniac is loose inside of a campground during movie night.”

“We met Josh on tour as a fan of the band, and he showed us some of his incredible work as a director. When he offered to direct a video for ‘Death Trip’ with us in New Jersey it was no brainer,” comments frontman Jared Gomes. “Josh and his team perfectly captured the look and feel of a classic slasher movie and I think it turned out amazing. This is definitely a fun video to create and turned out to be one of the best looking music videos (Hed) P.E has ever done as well.”

ICYMI, (HED) P.E. will join up with Drowning Pool, Ill Niño and Evolution Empire for the U.S. ‘Brothers In Arms’ tour in March and April — all dates are listed after the video. 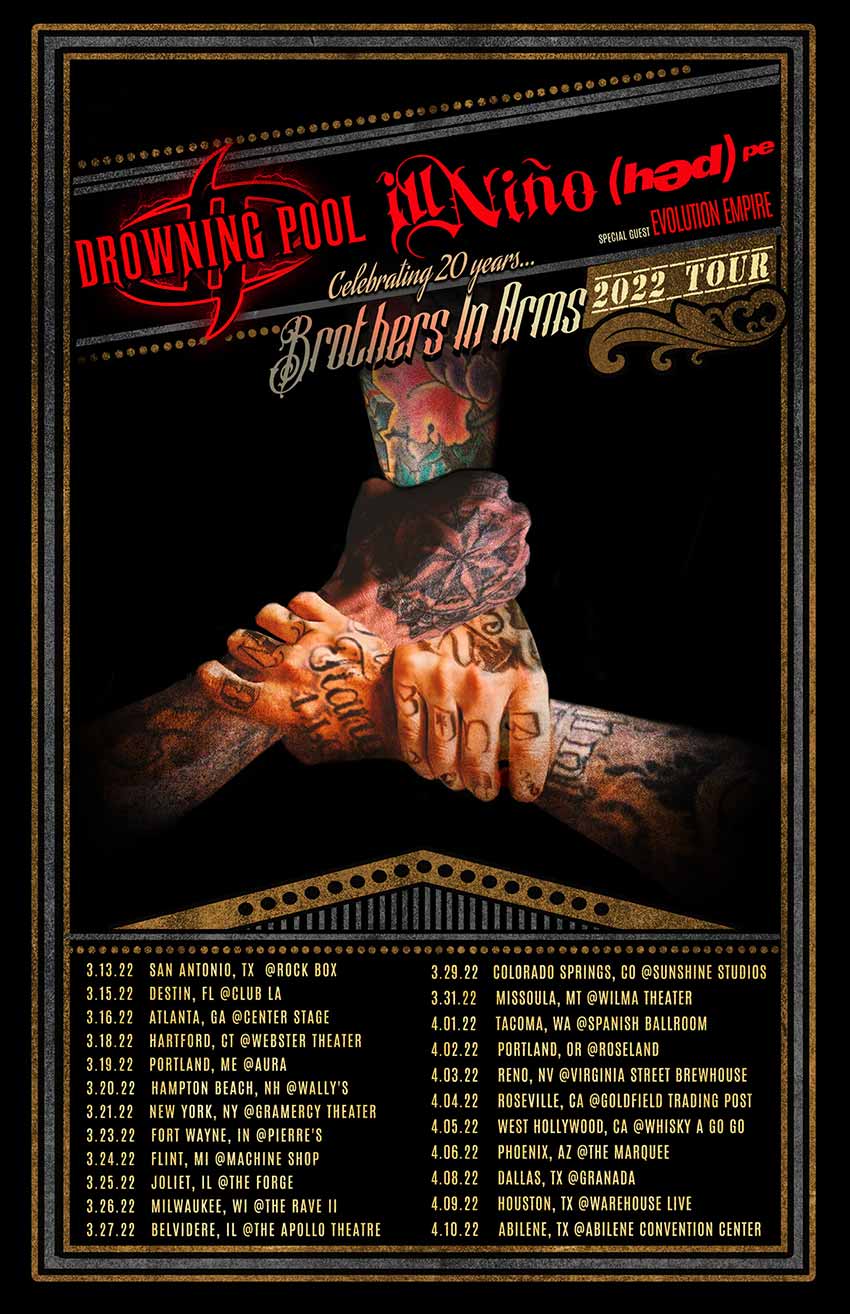 Also Check Out: As I Lay Dying release “My Own Grave” live music video