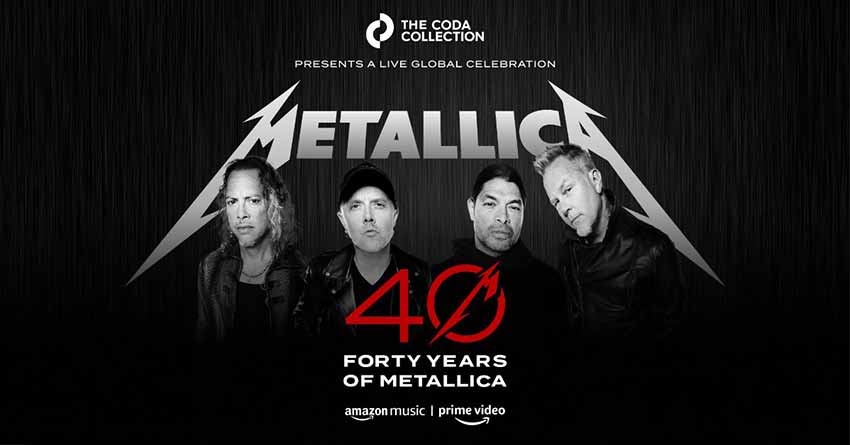 Share the post "Metallica played “The End of the Line,” “Dirty Window,” “I Disappear” + more at 40th anniv. show (video)"

This past weekend saw metal legends Metallica infiltrate the Chase Center in San Francisco, CA for two special 40th anniversary concerts. The first gig took place on December 17th and featured a set with tunes spanning the band’s entire discography. Highlights included seeing the band perform “Trapped Under Ice” for the first time since 2012 and the live debut of “Fixxxer” — check out video here.

On night two (Dec. 19th), Metallica brought out an equally stellar set-list with tons of rarely played deep cuts like “The End of the Line,” “Dirty Window,” “I Disappear,” a full performance of their Diamond Head cover “Am I Evil?,” “Bleeding Me” and more. Just like the first concert, the performance also featured special interviews and old-school footage celebrating the band’s 40 years together.

The concerts were streamed live courtesy of Amazon Music and The Coda Collection, and you can scroll down below to watch footage from the Dec. 19th show via YouTube.