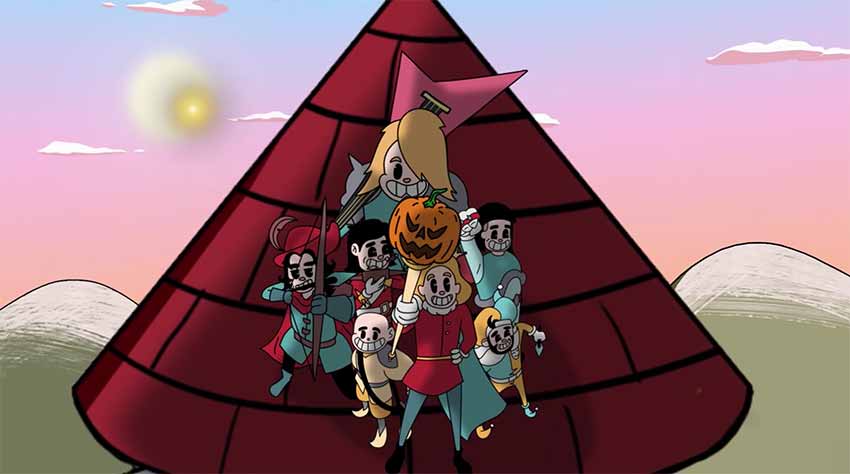 German power and speed metal legends Helloween have released an animated music video for their track “Out For The Glory,” which appears on their recently released self-titled effort through Victor Records — stream the clip below.

“I had an idea for a video where all band members are depicted as dinky, odd noble courtiers and ministers,” guitarist Michael Weikath states. “All of us should be floating in the clouds, [vocalist Andi] Deris as a nutty emperor… and after a while, more and more details came up and at one point in time we wrote everything down and sent the video concept to the Australian animation team.”

Senior Lecturer at the University of Melbourne and video producer for the animated “Out For The Glory” video, Aaron McLoughlin comments, “When I heard that HELLOWEEN was interested in a collaboration, I was totally gob smacked. The boys are my absolute heroes since I was a teenager, and I was sure that my students would love to work on a song by this band.”

“Seven and a half minutes might not sound like a lot but in animation terms it is a marathon. We had so much great stuff, that the production of ‘Out For The Glory’ was a real challenge,” McLoughlin continues. “Weiki wanted the video to look as cute as possible and we immediately knew: a legendary band from the other side of the planet wants us to create a medieval epic full of cuteness? You bet!”