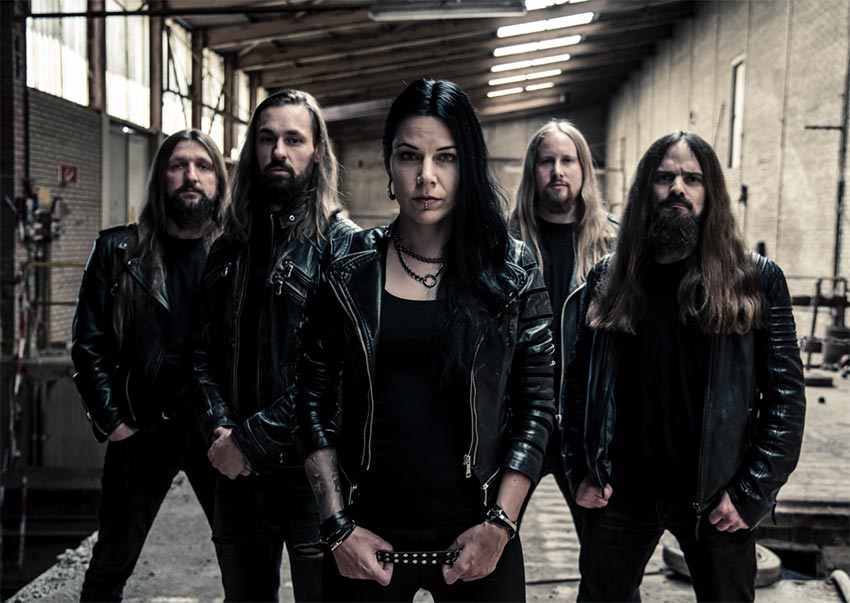 Hiraes impressively combines the full force of all four instrumentalists formerly of Dawn of Disease (Lukas Kerk, Oliver Kirchner, Christian Wösten and Mathias Blässe) with the powerful vocals of Britta Görtz (Critical Mess, ex-Cripper) to create an exciting new melodic death emergence. Brutally rising like a thunderous maelstrom comprised of boisterous riffs and blaring, relentless drums, and backed by massive vocals and a chorus that causes goosebumps with its heavy and meaningful lyricism, today, the five-piece has unleashed the furious first single “Under Fire”. Together with a highly explosive official music video, HIREAS is ready to take their monumental sonic attack out into the world.

Hiraes on the new single:
“We are more than proud to finally present you our first single. “Under Fire” is a monumental melodic death metal neckbreaker that combines a mixture of very different elements of our music: from catchy and melodic-melancholic parts to groovy headbang passages and fast up-tempo drumming – there’s something for everyone here. Together with the very cool video, “Under Fire” is guaranteed to blow you away!”

Feel the heat and watch the video for “Under Fire” here:

Hiraes already established its own remarkable identity built upon a smashing femme vocal attack, intense melodies and charging guitars, led by guitarist Lukas Kerk as main songwriter. An atmospheric, instrumental intro introduces the album opener “Shadows Break”, whilst showcasing the impressive vocal onslaught of seasoned frontwoman Britta Görtz shortly after. “Grain Of Sand” sets the next exclamation mark while delivering an unrelenting attack of smashing riffs along with an inexorable vocal performance, followed by standouts such as brutal “1000 Lights”, razor-sharp “Eyes Over Black” and fast-twitching title-track “Solitary”, proving that Hiraes don’t decelerate for a second.

This massive melodic death metal assault leaves no scope for weakness and serves an exciting take on the genre with hymnlike melodies, enthralling drums and guitar riffing as well as breathtaking hooklines. Topped with the distinctive and versatile performance of Britta Görtz, this powerful new formation and its debut, Solitary, is a must have for fans of bands like Insomnium, At The Gates, Arch Enemy and Amon Amarth.

Hiraes say about the album:
“Our debut album Solitary is the result of the collaboration of five musicians who burn with passion for melodic death metal. With its incredible emotional energy, it will captivate fans of the genre in no time. Hymn-like melodies and catchy riffing meet versatile drumming and the very varied growls of our singer Britta. The result is a unique blend of the best that melodic death metal has to offer. Rounded off by stunning sound, refined at Fascination Street Studios under the direction of Jens Bogren, and strong artwork by Costin Chioreanu, we are really more than satisfied with our first album. We can’t wait to finally present Solitary to the metal community on June 25, 2021!” 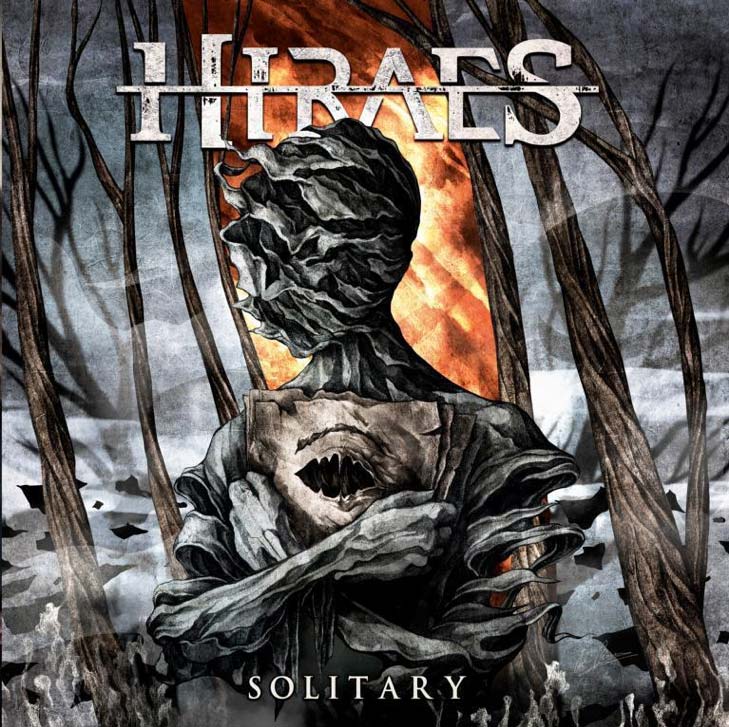