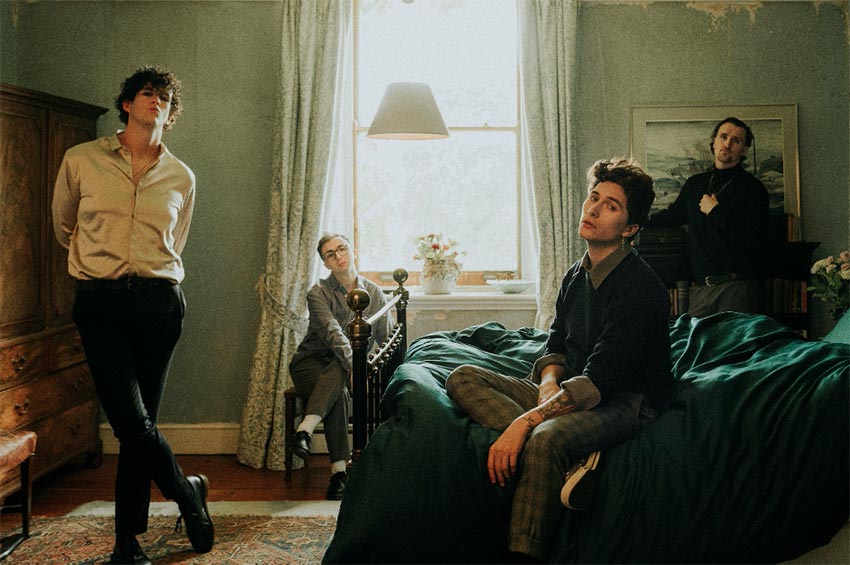 Holding Absence have announced their second album, ‘The Greatest Mistake Of My Life’, will be released on April 16, 2021 via Sharptone Records. Fans can get their first taste of the album with new single “Beyond Belief”, which ties the band’s lifelong musical influences with the energy that has made Holding Absence one of the most exciting bands to come out of the UK in recent years.

“We are ecstatic to finally unveil ‘Beyond Belief’ to the world! Just as jumping from black and white into color is a huge change for our band, we believe the transition into ‘Beyond Belief’, and subsequently The Greatest Mistake Of My Life, is similarly significant,” shares impassioned frontman Lucas Woodland. “’Beyond Belief’ sees our band embracing the 80’s indie-shoegaze era with both arms, while still gripping firmly onto all the sounds that have made us who we are up until now. A song about love, and the fear of permanence – this really is Holding Absence, like you’ve never heard us before.”

Fans can watch the stark video for “Beyond Belief” now and pre-order The Greatest Mistake Of My Life at http://shrptn.co/holdingabsence [clip embedded below].

In the band’s own words, “This album is about telling stories that are presented through the lens of hindsight, regret and looking back. There are songs that celebrate life when faced with death, and others that speak to the choices we make about how we live our lives. The fear of love, newfound respect for life and the covering up of depression are all subjects that rear their head. The Greatest Mistake Of My Life exercises emotion in many ways, and that was an important thing for us to do, because emotion isn’t rigid – it’s not just love or joy or sadness – it’s a lot of things.”