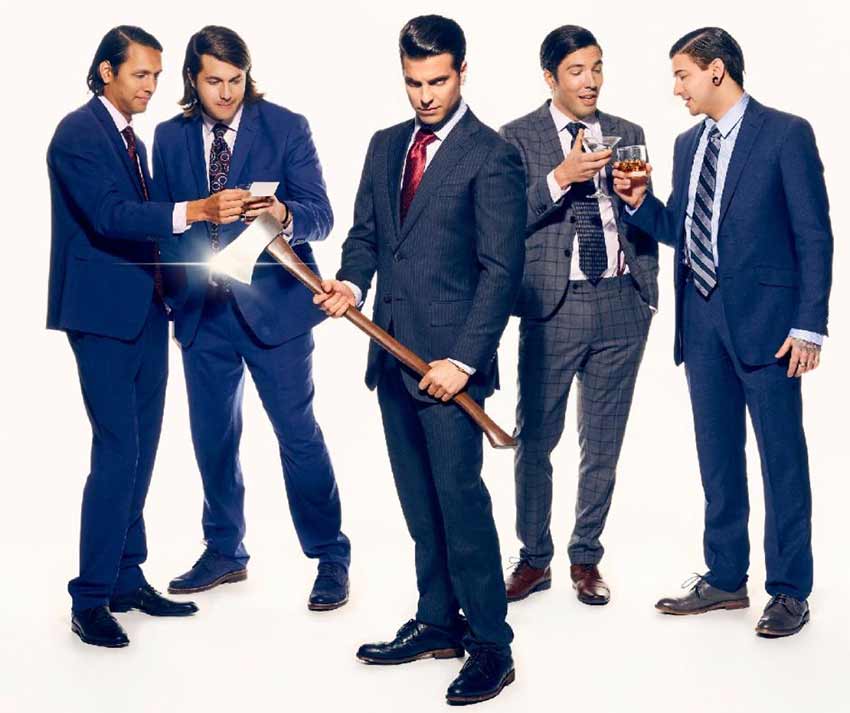 Horror-themed metallers Ice Nine Kills have announced their new album, ‘The Silver Scream 2: Welcome To Horrorwood,’ which drops on October 15h, 2021 through Fearless Records (pre-save). To coincide with the full-length reveal, the band have also unleashed their new video single “Hip To Be Scared” (featuring Jacoby Shaddix of Papa Roach), which you can check out below.
﻿
Today’s announcement reads, “[“Hip To Be Scared”] pays homage to the landmark movie based on the Bret Easton Ellis novel ‘American Psycho’, centered around psychotic investment banker, Patrick Bateman. “Hip To Be Scared” mixes the soaring choruses, clever lyricism, heavy riffs and Broadway-like theatrics that are as much ‘Hamilton’ as they are horror. The song also tips its hat to an ‘80s pop classic beloved by the murderous protagonist.”

“True to horror franchise tradition, there is always a sequel…”The Silver Scream 2: Welcome To Horrorwood” follows in the bloody footsteps of its predecessor, paying tribute to 13 more of the most gruesome tales to ever grace the silver screen. In this latest INK offering, the last album and video series is portrayed as a work of fiction. The new story line thrusts the band into a brutal “real world” slaying. The only traces of the crime are 13 songs left behind by the suspected killer…

We can’t wait to share this next chapter with you, and to welcome you to the sinister state of mind that will soon be known the world over as, “Horrorwood”.

The first stop on the tour is 1980’s New York City’s “greed is good” scene, where a certain hot shot investment banker has a rather violent dirty secret…”