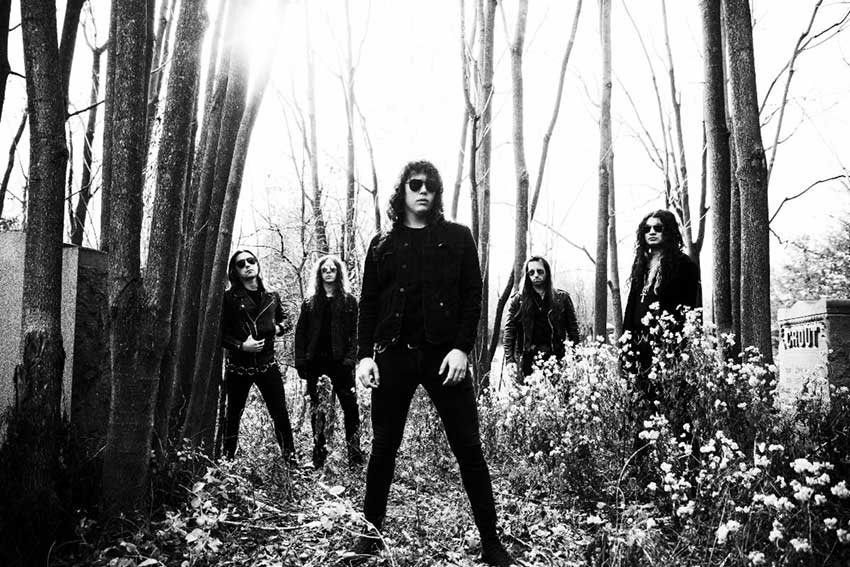 Portland goth-tinged metal outfit, Idle Hands have today announced the release of the Don’t Waste Your Time II EP. Expanding on the band’s 2017 EP release Don’t Waste Your Time, this new EP features two new songs – It Doesn’t Really Matter & Puppy Love – both released today and written at the same time as the original collection, listen to both tracks here [also embedded below].

“These songs were written in late 2017 in Portland, OR. The same time as the rest of the music that would end up on the “Don’t Waste Your Time” EP. Drum tracking was completed in early 2018, we were all ready to record.. …and then they sat around for 2 years. We had some free time this year and were finally able to re-approach these songs. The core arrangement structures are the same as they were written in 2017, with original drum tracks and musicians (Gabe, Sebastian, Colin) on the recordings. We even managed to track at Falcon Studios again with our old friend and D.W.Y.T. engineer, producer, mixer Gabe Johnston for an as near uniform approach to this as we had for the original EP. The end result was Don’t Waste Your Time II – an expansion of the first release. Songs you should have heard 2 years ago”