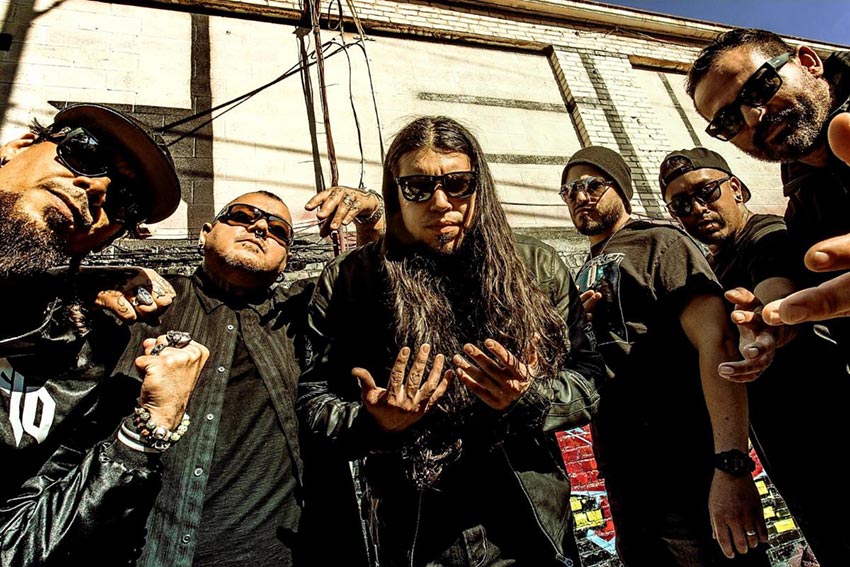 Latin metallers Ill Niño have returned with a revamped lineup and a brand new song titled “Máscara,” which features a guest performance from AJ Channer of Fire From The Gods along with vocalist Marcos Leal — check out the official music video for “Máscara” below.

“I’m very stoked to introduce ‘Máscara’ as a great addition to the ILL NIÑO legacy, and a highlight of my vocal career,” Leal says. “I’m honored to have collaborated with our very good friend and one of my favorite vocalists in the game, AJ Channer, of Fire From The Gods. As someone who’s grown up as a fan of ILL NIÑO, and as a musician inspired by the band, I take pride and honor in crafting the vocals for the next generation. It’s something fans new and old will appreciate, and I look forward to throwing some chingasos in the pit with our Niño Familia in 2021!”

Channer states, “ILL NIÑO is a band that will leave a strong lasting legacy on heavy music. Some of my earliest show experiences were ILL NIÑO shows. To be able to lend my voice to one of their songs includes me in that legacy. I was more than honored to sing on ‘Máscara.’”

In addition, “The revitalized ILL NIÑO has acquired an incredible new team, and now represented worldwide by powerhouse booking agent Tim Borror of Sound Talent Group (Lamb Of God, Breaking Benjamin, I Prevail, Black Veil Brides). A new album titled IllMortals is planned for 2021 with additional guest appearances by longtime friend Sonny Sandoval of P.O.D. on “All Or Nothing” and extended familia, Benji Webb (Skindred) and many others to be announced.”