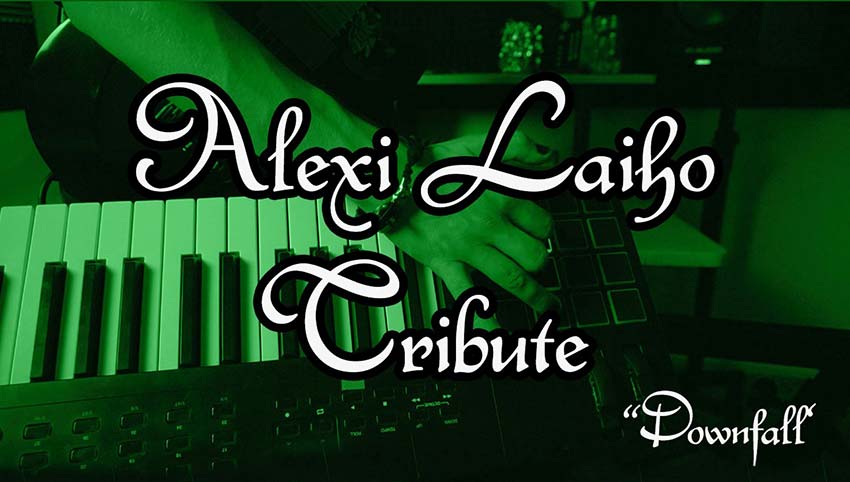 At the start of this week the metal world was shocked to learn the news of the tragic death of the great vocalist/guitarist Alexi Laiho of Children of Bodom/Bodom After Midnight.

The outpouring of affection for Alexi has been undeniable, with members of Megadeth, Lamb of God, Testament, Trivium, Nightwish and more flooding social media with messages of love for Laiho.

Members of Immortal Guardian, Helion Prime and Oceans of Slumber are just a few of those who admired and were impacted by the influence of Laiho in the metal community. Immortal Guardian guitarist Gabriel Guardian, vocalist Carlos Zema and drummer Justin Piedimonte along with friends Mary Zimmer (Helion Prime), Semir Özerkan (Oceans of Slumber), and Rex VanCandy have shared a tribute video covering Children of Bodom’s song “Downfall.”

Gabriel Guardian comments, “This is our tribute to one of the greatest metal guitar players who ever lived: Alexi Laiho. This man influenced me in ways no other guitar player ever has. Alexi set the bar for all of us! Him and Santana are my top 2 favorite guitar players of all time. I watched all his live videos/DVDs religiously as a kid and was so influenced by all the legendary music Children of Bodom and Sinergy made to be like them. Those dual guitar/keyboard leads set the vibe/bar for me for many many years learning how to play music. I’m so sad to see the world has one less guitar legend. His music helped me get through some of my darkest days and he inspired me to make metal music from day one.”

Gabriel goes on to say, “Big thanks to my friends who collaborated with me to make this tribute happen. We are all Bodom fans and had so much fun making this video. We are all so saddened by the news and we coped with it by doing what we do best, playing music. I hope where ever Alexi is, he can hear our tribute and feel the infinite amounts of love all his fans have for him. Until we meet again… RIP Alexi Laiho (WildChild).”

Check out the video below.