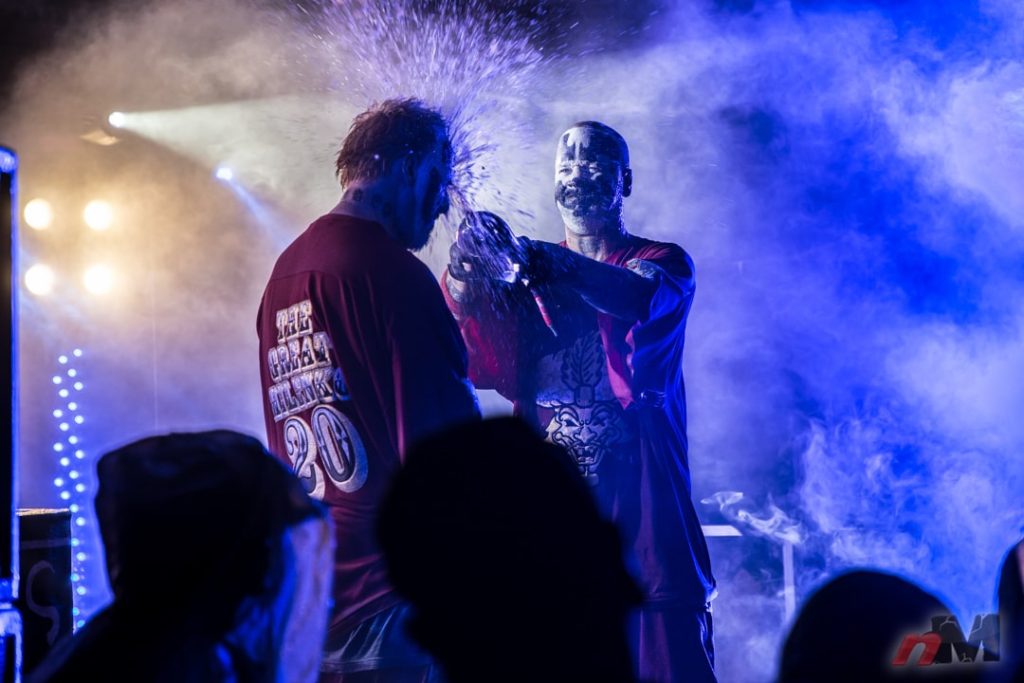 Insane Clown Posse have announced their 2022 ‘Hallowicked’ gathering, which takes place on October 31st at Harpo’s in Detroit, Michigan. Along with a set by ICP, the event will feature performances by Fat Nick, Ouija Macc, Ho99o9, and Mike E. Clark.

A message from the clown camp reads:
“It’s that special time of year again boys and girls…

…the night when the dead rise from their graves in search of life.

…when ghouls and goblins mischievously walk amongst us as your children trick or treat.

…when the moon is at its fullest and illuminates the night’s sky, blinding you from the everlasting evil that surrounds you.

On October 31, we celebrate all things dead and undead!

The event takes place at Harpo’s in Detroit.”

Get your tickets here. See the flyer below. 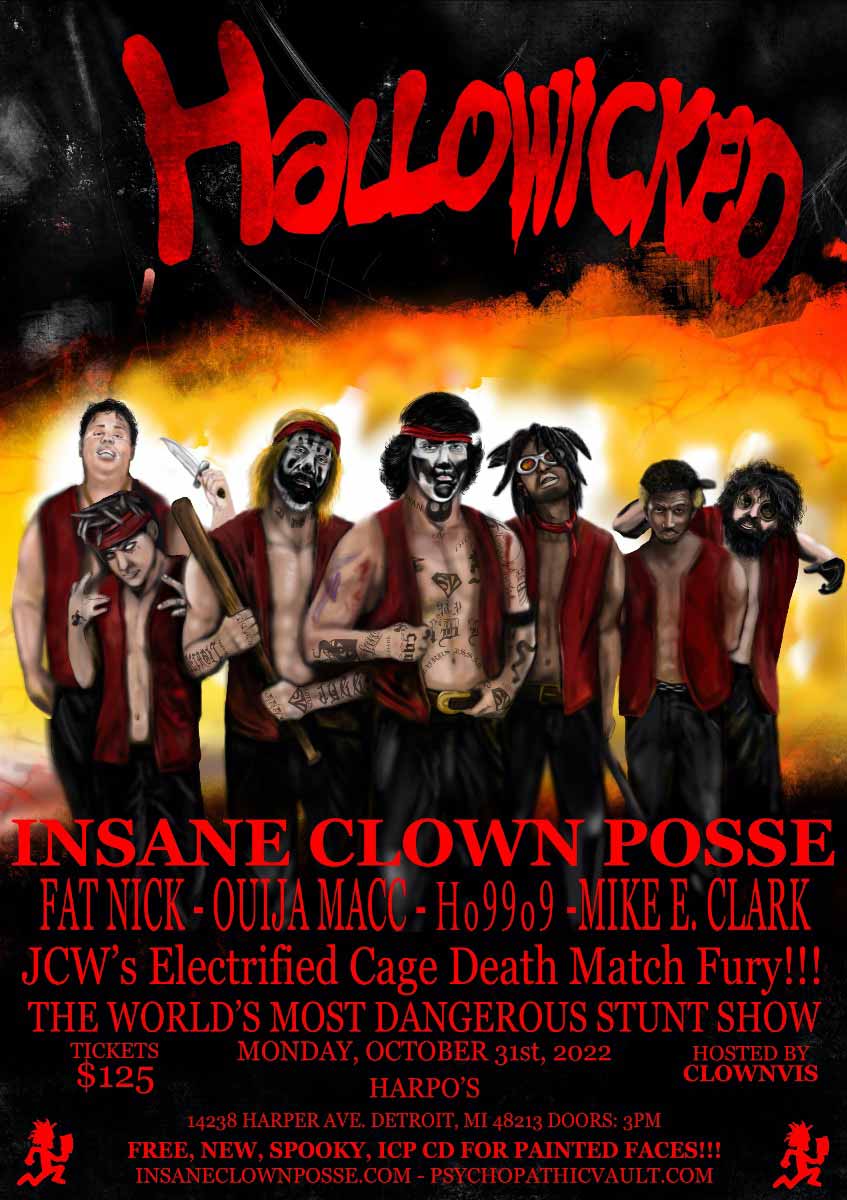