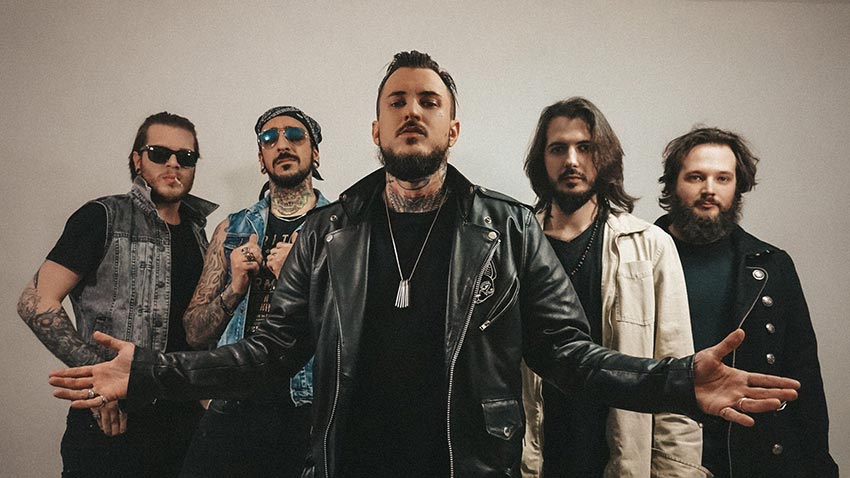 Italian hard rock up-and-comers Jax Diaries recently released their new single dubbed “Came Down To Say Hi,” which features guest guitarist Diego “DD Lacuna” Cavalotti of goth metal greats Lacuna Coil. The song can be streamed below via an official music video that revolves around a shoot out in an old western town.

The idea behind ‘Came Down To Say Hi’ was to bring fans something pretty unexpected from a band like us and what we wanted to do was basically try to blend together cinema and music. Being able to shoot such a complicated video was a huge accomplishment for us. We travelled back in space and time and with some help from fans we gave life to a place that before this was just a pub, a place to drink some beers in 2020 listening to some hard rock music. These past few days, since the releasing of ‘Came down to say hi’ we kept hearing the same question over and over again, ‘Did you actually shoot the video in America during this Covid 19 pandemic?’ Well, of course not. We were lucky enough to have such a huge and hard working production team behind us who helped make all of this possible and we will never be able to express how grateful we are. From now on the mission of this band and our mission as executive producer and directors of each video will be easier and easier to understand. We are trying to give fans ‘Experiences.’ We really hope fans will enjoy “Came Down To Say Hi” and we hope they’ll stick around ‘cuz we are goin’ to be pretty active from now on.

Jax Diaries are planning to release their debut full-length album in March 2021 with a worldwide tour to follow.

Stream “Came Down To Say Hi”: