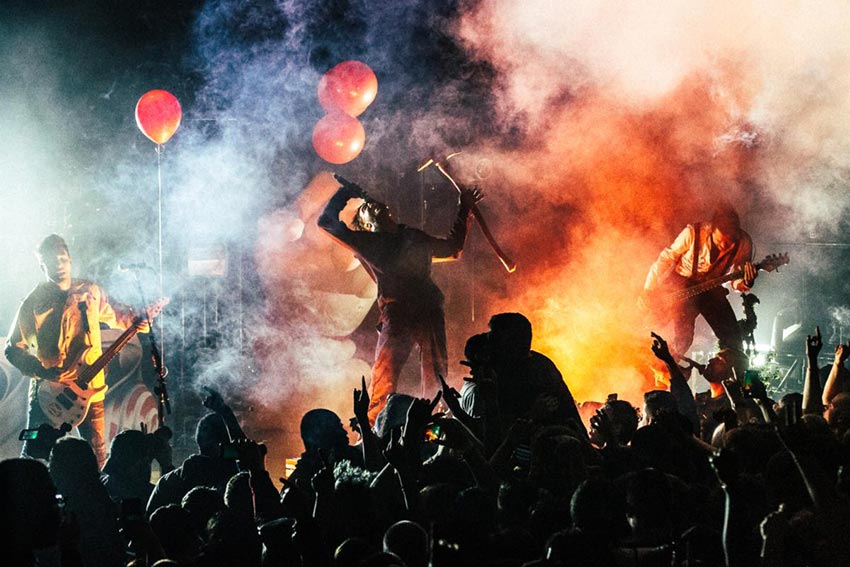 Boston metalcore favorites Ice Nine Kills have announced a new live album titled ‘I Heard They KILL Live!!’ which was recorded live at the band’s sold-out, home town show at The Worcester Palladium on November 30, 2019 (during the ‘Octane Accelerator’ tour).

The effort features 19 songs and will be released on October 30, 2020 through Fearless Records (pre-order).

[I Heard They KILL Live!!] features massive Ice Nine Kills tracks from their 2018 hit album “The Silver Scream”, as well as fan favorites such as “Hell In The Hallways” and “The Fastest Way To A Girl’s Heart Is Through Her Ribcage”. The album is available to pre-order digitally, on CD or as a double vinyl LP with a variety of pre-order merch bundles available here.

To coincide with the new live effort reveal, the band have unleashed a new live clip of their popular single, “Stabbing In The Dark” — watch below. 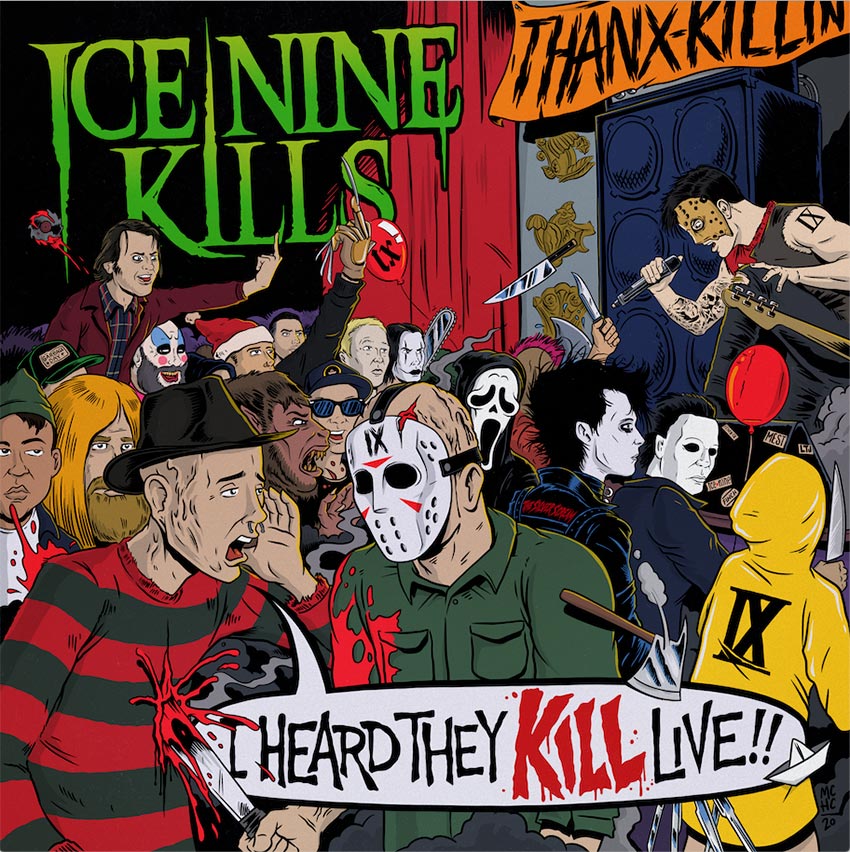