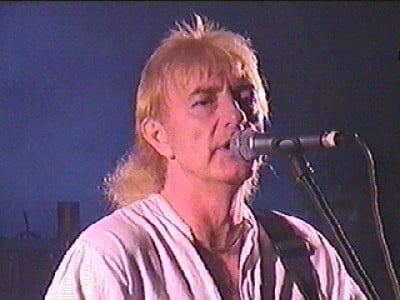 Rock and blues vocalist John Lawton – known for his work with Lucifer’s Friend, Uriah Heep, the Les Humphries Singers and more – died on June 29th, 2021 at the age of 74.

“It is with deep regret that we share the devastating and tragic news of the sudden and totally unexpected passing of John Lawton on 29. June 2021.

Contrary to reports, there was no illness involved, which makes his passing incomprehensible.

He went peacefully with his wife at his side.

John will be greatly missed.

A private funeral service to celebrate John’s life will be held following his wishes, with only family and close friends attending.

We would appreciate that the family’s privacy is respected during this difficult time.”

Check out a few tributes to John below, RIP.

I'm so very sad to learn my friend John Lawton (in the middle of us 5) known most for his tenure with @uriahheepofficial , a KILLER singer and wonderful human being, has passed, may he rest in peace, condolences to his family, friends and fans! pic.twitter.com/Wt6twGeYCB


Today is one of those days when you wake up to news that just makes the day sad. My good friend John Lawton, known as a great singer and one time member of Uriah Heep, has unexpectedly passed away. There are no words that truly express how I feel so I will leave it there!


Very sad news. One of the great British vocalists, and in many ways relatively unknown.

John Lawton covered Glenn Hughes on a live CD and Lawton is one of the few vocalists who can actually do a Hughes song justice.

I was just about to see what Mr. Lawton was up to.


R.I.P. the great John Lawton Of Lucifer’s Friend, and Uriah Heep. One of the most dynamic frontmen to come out of the 1970s Heavy Rock scene. pic.twitter.com/QMJwVRURtc


Rest in peace, John Lawton. What a voice. Pretty good example below of why he was the perfect replacement for David Bryon. Incredible. https://t.co/XONyKTqwjV


Words cannot express the sadness of losing a beloved artist but we can celebrate their music. This is a wonderful, and fitting, non-Heep track John sang on for Roger Glover's Butterfly Ball & Grasshopper's Feast albumhttps://t.co/6ODfuS00Jh#JohnLawton #RIP @uriah_heep


What a sad loss. Uriah Heep with John Lawton was part of the soundtrack to my teenage years. I discovered Lucifer's Friend later on in life. IMO John was one of the greatest singers in rock music. My condolences to his family & friends. May John R.I.P.


RIP John Lawton. Local lad and a great singer. My first live gig was November ‘77 when I saw Uriah Heep at Newcastle City Hall with John singing. Another one gone. Sad news. https://t.co/hDeX5shU4z