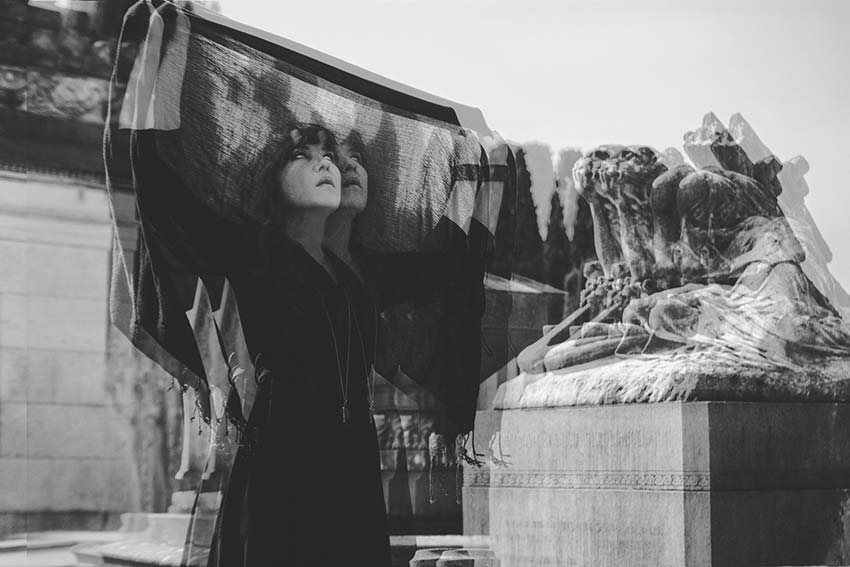 Dark folk artist kariti has released a video for her song “Kybee’s Kiss.” The song is from her upcoming release ‘Covered Mirrors’ which will be released on September 18th via Aural Music.

The artist commented, “Kybele’s Kiss is the third song off Covered Mirrors and explores love and death through the prism of womanhood. The record is a personal journey through bereavement and this song is also partly inspired by the myths surrounding Kybele, an enigmatic ancient goddess, the central figure of an ecstatic cult and the protectress of graves, among other things. This is the first song of the album to have a full visual representation created by Laura and Anna – two very talented independent filmmakers in Italy, I hope you enjoy it.”