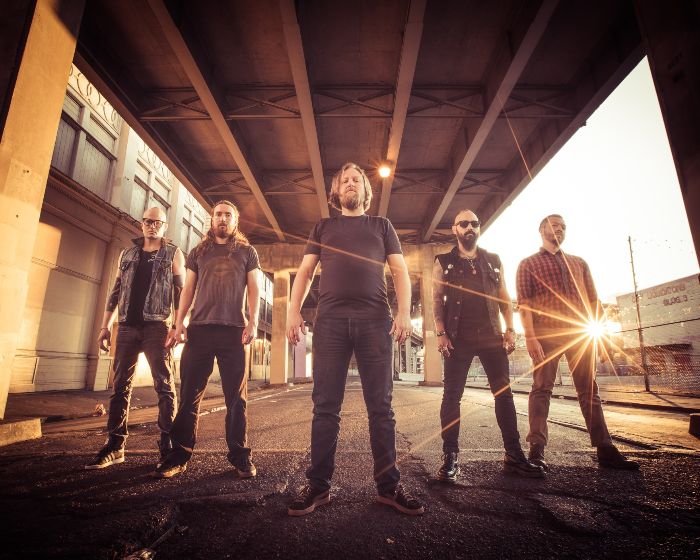 Portland Oregon’s A//tar are pleased to announce that they will be releasing a live album this winter. The album was recorded at last year’s Ceremony of Sludge and will be released on both digital and CD formats.

More information will be available soon, in the meantime you can listen to the band’s critically acclaimed 2019 release “Hallowed” at this location: [LINK]

Hailing from the dark and gloomy Pacific Northwest, Alltar (stylized as A//tar) deftly combines elements of Post-Metal, Doom, and Sludge; and in an act of pure alchemy, wholly creates their own image. In the midst of the bass-heavy, distortion-laden wall of sound lies an element of somber, melodic beauty.

The Portland, OR quintet are masters of slow-burn dramatic tension and explosive riffs with impassioned vocals giving their songs a formidable intensity. Reminiscent of the crushing ferocity of Souls At Zero-era Neurosis, the cinematic metal of Amenra, and multifaceted haze of Cult of Luna, A//tar are a return to thoughtcrafty heavy music.

Founded by guitarist Tim Burke (also of Hound The Wolves) in 2016, the band has developed through a careful, deliberate evolution to reach its perfect lineup with Juan Carlos Caceres (vocals, Moog), Nate Wright (drums), Colin Hill (guitar, samples) and Casey Braunger (bass.) With the same deliberation, the band spent the latter half of 2017 recording their 4-song debut album at 3 different studios in Portland, then mixing and mastering in Spring 2018. A record label came into the picture soon thereafter, though the album release was held up as the label’s funds were scarce. Eventually, the label folded and the band wrestled back their masters, choosing to self-release, now well into 2019.

“Upon the A//TAR we place our past,” the band declares. “Through the triumphs and tribulations of human-kind. From the technical and artistic birth of society’s achievements in art and technology, as well as the rise of power, war, destruction, and the control of humanity. Through the inevitable dark decay and cold loss, our music is inspired.” 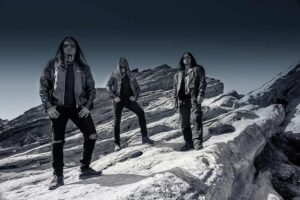