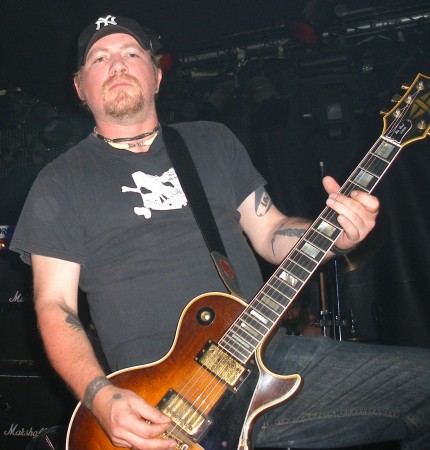 UPDATE 4:50 PM ET: Will Mecum has died, Karma To Burn have confirmed. An official statement released moments ago reads as follows:

Dear friends, we come with very heavy hearts to tell you that Will Mecum is no longer with us. Earlier this week, Will suffered a traumatic head injury from an accidental fall. On the evening of April 29th, Will passed on to the next realm. His spirit will live on through his music, and as an organ donor his spirit will live through others who may need help. Words cannot describe how much we appreciated the amount of love and support all of you showed the band throughout the years, it was truly an honor to share the experience of celebrating Will’s riffs all over the world. Rest in Power, Will.

UPDATE 4:00 PM ET: A source claiming to be close to Will Mecum has reached out to NextMosh to inform us that Will is NOT dead and still in the hospital unconscious, in critical condition, and fighting for his life as of 8:30 AM ET this morning.

We have reached out directly to the band and their reps, but have not received a statement as of this update.

Will was apparently on life support before passing away on Thursday, April 29th. Both Will’s Wiki entry and Metal Archives bio currently note ‘accident’ as Will’s cause of death.

Official accounts for Karma to Burn have not released a statement on the matter, and New Noise report that Rob Oswald (ex-drummer of Karma to Burn) broke the news in a Facebook post on Thursday.

Will founded Karma to Burn in 1994 with bassist Rich Mullins and drummer Nathan Limbaugh. Will served as the only original member of the band’s current lineup, which is rounded out by drummer Evan Devine (who joined in 2012) and bassist Eric Clutter (who joined in 2015).

Karma to Burn have recorded seven full-length albums since their inception, with their latest album, ‘Arch Stanton,’ seeing the light of day summer 2014 through Deepdive Records.

Will also performed in Treasure Cat during Karma to Burn’s hiatus from 2002 through 2009, along with Admiral, Alpha Cat, Miser, Transmission, and Year Long Disaster throughout his musical career.