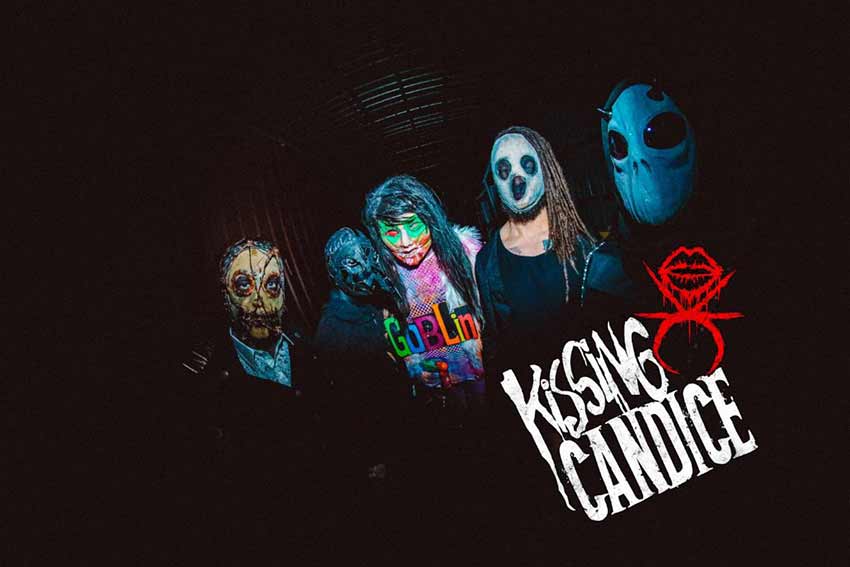 “‘Brand New Low’ is about what it’s like when you hit rock bottom and you feel washed up,” states bassist Grip. “The feeling that your best years are behind you, but in reality, the best may be yet to come! It’s about making the best of those times where you feel awful, so you can pull yourself out of that mindset and have fun with what’s around you and just live your life.”

A presser adds, “Also of note is the mask worn by vocalist Aunt Donna in the King Zabb-directed video, which is a new version of the original mask created by noted horror prosthetic makeup artist and director Tom Savini and special effects artist Jason Baker.”

Regarding the upcoming record, Grip comments, “During the process of recording this album, we did quite a few outside of the box songs along, with songs that sound like KISSNG CANDICE. However, our flair and energy are still very evident in the weird tracks (“Raise Her”). In the songs that sound more traditionally KISSNG CANDICE, we really refined our sound to what we feel shows who we truly are as a band (“Tapeworm”).”