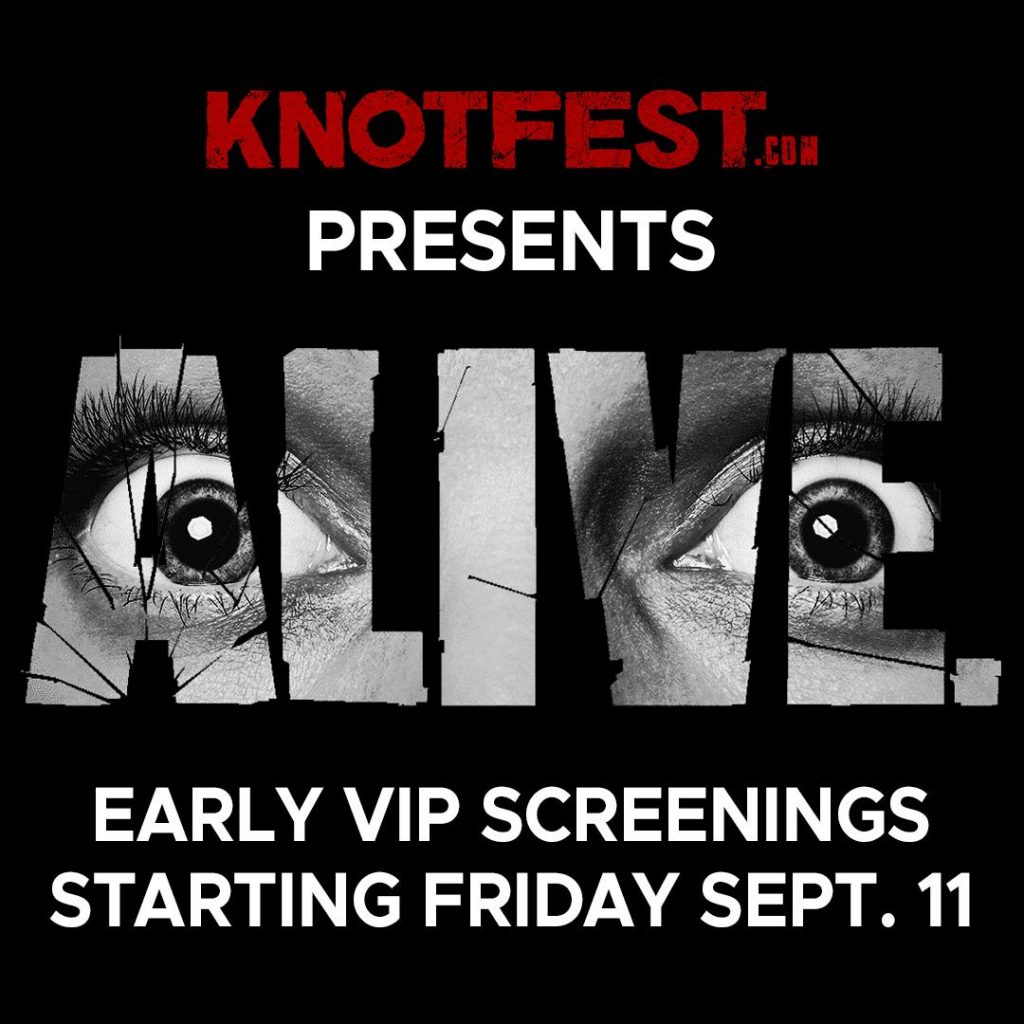 In conjunction with Cranked Up Films, Knotfest.com have announced plans to host an advance screening of the award winning horror flick, ‘Alive.’ The exclusive viewing will be held from September 11th – 18th.

In addition, a special live stream Q&A will go down on Thursday, September 17th. Hosted by Ryan J Downey, the panel will feature stars Angus Macfadyen, Camille Stopps and more to be announced and will allow fans the opportunity to submit their own questions to the guests regarding the movie.

Here’s more about the film via an official description:

In the chilling tale, a severely injured man (Thomas Cocquerel) and woman (Camille Stopps) awaken in an abandoned sanatorium with no memory of who they are or what has happened. A sadistic caretaker (Angus Macfadyen) discourages their questions and doles out punishments whenever they refuse to cooperate or try to escape. When they finally make their escape to freedom, they discover the answers to who they are – revealing even greater horror.

Fans can pre-order the movie by going HERE.

Get more info at Knotfest.com.

Check out an alternative movie trailer (scored by Slipknot’s M. Shawn Crahan) below.