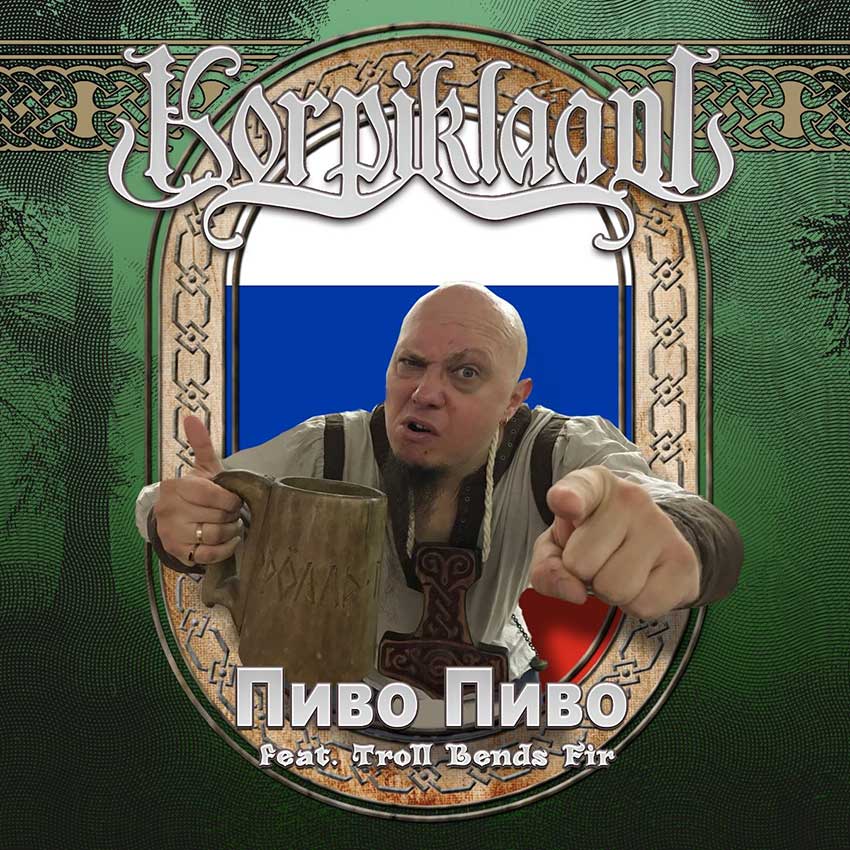 Finnish folk metal horde Korpiklaani have released a new version of their track “Pivo Pivo” in lyric video form. This cut of the song is in Russian and features folk metal act Troll Bends Fir from Saint Petersburg.

Korpiklaani had the following to say regarding the new release:

Russia has always been one of the favourite countries to tour, always an adventure with stories we can never tell. Along the way, we have made many friends and one of them happens to be Troll Bends Fir, who we have shared the stage, beer and lots of vodka with. Jonne also appeared on their album “Brothers in Drinks” (2011). Good friends and great band, hope you enjoy.