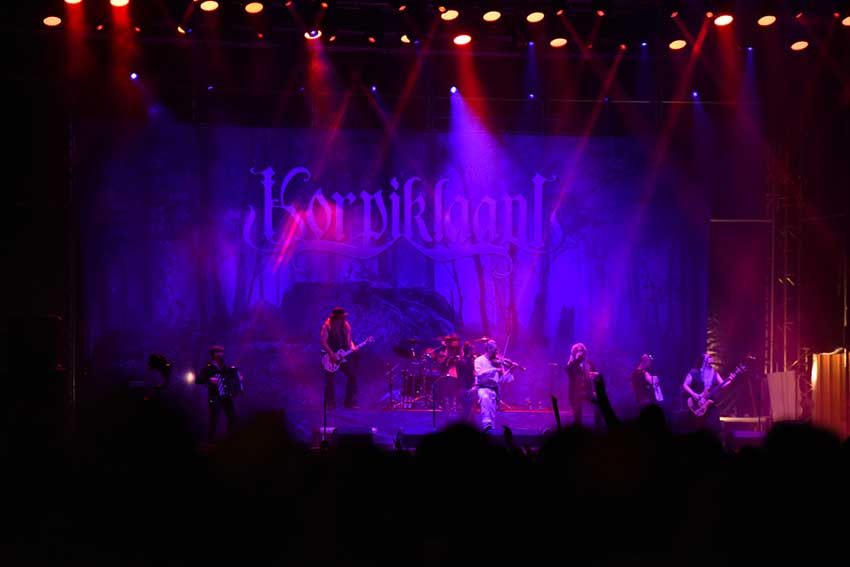 Good news for all the folk metal fans missing festivals and concerts: KORPIKLAANI will premier their performance at Masters Of Rock 2014 this Saturday at 9 am PDT/12PM EDT via Youtube.


The band about the sweet surprise:

“Finally we can make our DVD “Live at Masters of Rock” available to everyone. The first in a series of upcoming live shows and streams!
We begin with the 2014 show, which is from the Manala tour era. Sami had been in the band for just over a year & Tuomas still looked like a young man! Masters of Rock is one of our favourite festivals, the audience is truly amazing and you can see this in our faces. The promoter and his entire team also need a special mention as they not only always take good care of us, they made our first ever DVD possible. Another small fun fact, both shows were mixed by Jonne at his home studio.
The 2016 show will be premiered on the 18 July!
We also have a special event brewing to be announced soon, stayed tuned, it will make you feel stronger.”

Today, the band released a little event trailer to get the people into the right mood for Saturday evening: