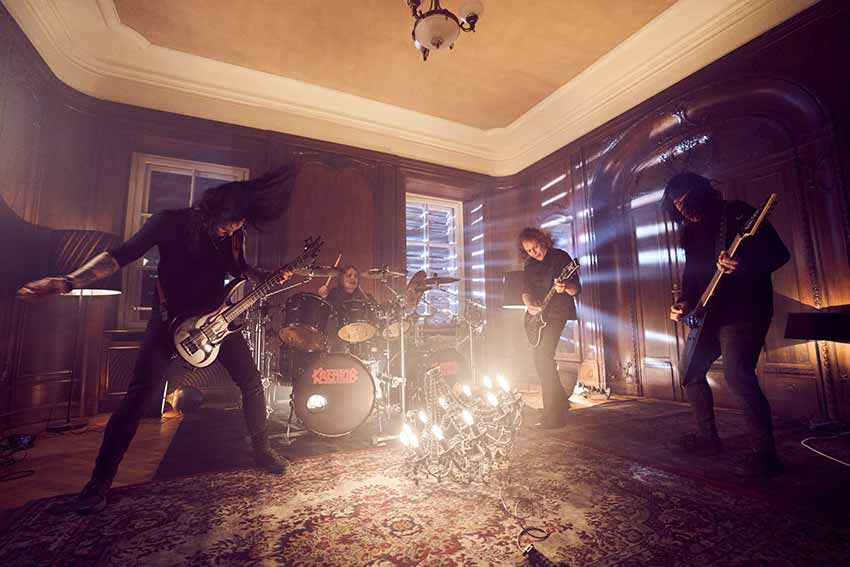 Pick up the track here, and stream the official clip below:

UPDATE: Here’s more info on the new track/video thanks to a recently sent out press release from Nuclear Blast Records:

Co-produced by Andy Sneap and Markus Ganter and recorded in the legendary Hansa Studios in Berlin, “666 – World Divided” combines all trademarks that gave this band from the German Ruhr area a worldwide reputation. Thrash metal in a complex and extremely melodic way that will last for generations.

“After more than three long years we are more than happy to present you our brand new single ‘666 – World Divided'”, said bandleader, singer, songwriter and guitarist Mille Petrozza. “The message of this song is more important than ever: we have to stick together in this more and more divided world. Take care and most importantly: stay metal! We can do it all together. We are one!”

The music video for “666 – World Divided” was created under the direction of Jörn Heitmann, who was responsible for the music videos for “Radio” and “Ausländer” by RAMMSTEIN.