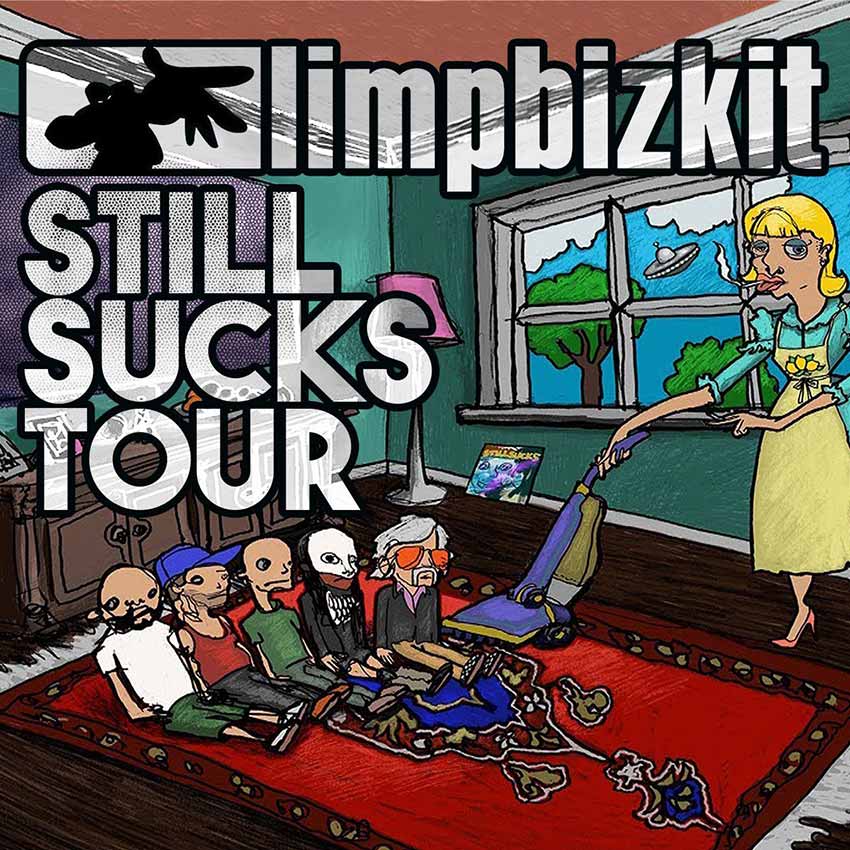 In support of their latest full-length release titled ‘Still Sucks,’ Florida rap rockers Limp Bizkit have announced their U.S. ‘Still Sucks Tour,’ which will see support form Scowl, Wargasm UK, $not, Dying Wish, and Yung Gravy in select markets. See all confirmed shows below, with European gigs to be announced at a later date.

The trek announcement reads, “Preeminent American rock band LIMP BIZKIT will return to the road this April for their month-long “Still Sucks Tour.” The AEG Presents trek will kick off in the band’s Florida home state and will include a stop in New York City at Madison Square Garden (May 13) with cross-country shows including stops in Baltimore (May 15) and Las Vegas (May 28) before concluding with a Los Angeles-area date (Ontario on May 31).”

See a promo clip below.