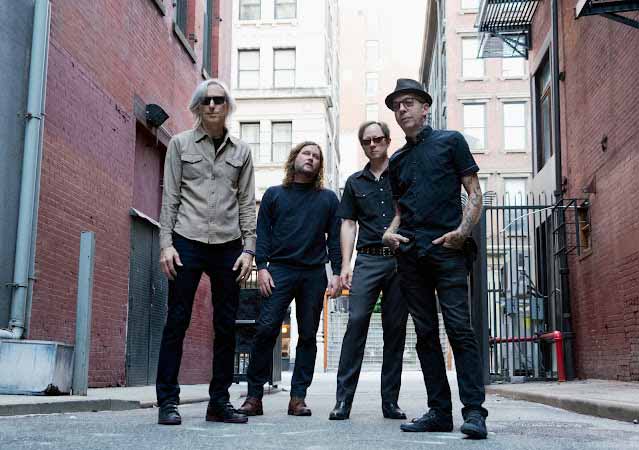 NYC-based noise makers Live Skull have announced plans to embark on a U.S. run this fall. All dates are listed below.

Here’s more on the news via a presser:
“Pioneers of the Downtown Manhattan scene of the 1980s, alongside bands like Sonic Youth and Swans, and amidst artists and filmmakers like Jean-Michel Basquiat and Richard Kern, Live Skull resurfaced and reformed in 2019 after a 30-year hiatus, releasing two albums: Saturday Night Massacre (2019) and Dangerous Visions (2020).

The new lineup, led by founding guitarist/vocalist Mark C and the last drummer to occupy the Live Skull drum throne in the ’80s, Rich Hutchins, will deliver the band’s violent hymns to the people, this fall, via a two-week run across the East Coast and Midwest. Flanking C and Hutchins are Kent Heine on bass and dAve Hollinghurst on guitar and vocals. It is the band’s first US tour since the onset of the pandemic.

The official tour poster was created by longtime friend and collaborator Gary Panter, also responsible for the cover art for Live Skull’s newest albums, and known to many as an avant-garde cartoonist and the Emmy Award-winning set designer behind Pee Wee’s Playhouse.” 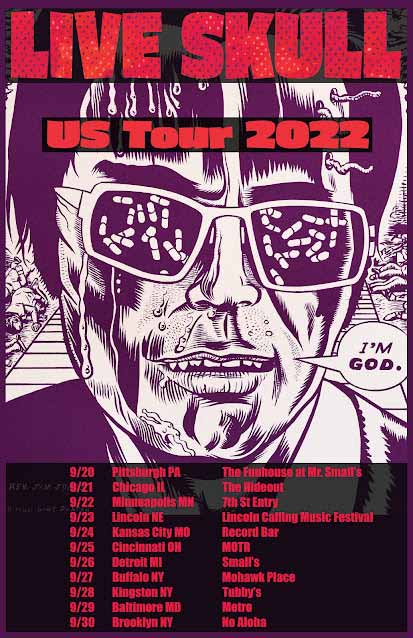 Also Check Out: Warbringer to set out on west coast headline tour