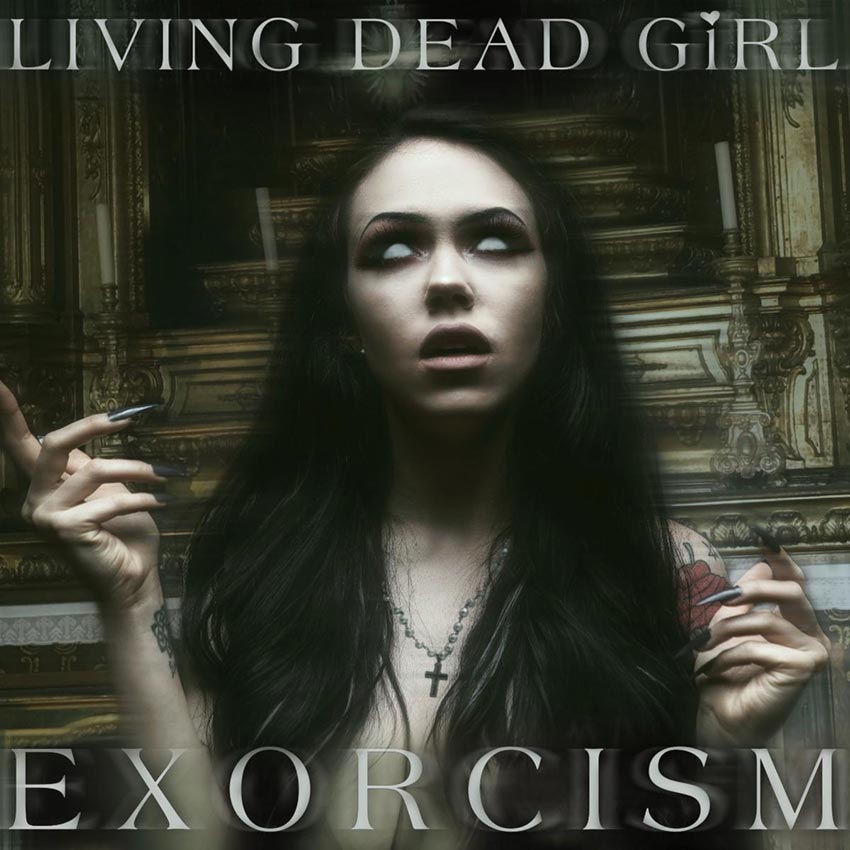 Canadian modern metal act Living Dead Girl have revealed (via Outburn) a new lyric video for the title-track from the spring release titled ‘Exorcism’ — stream the clip below.

“Exorcism is, essentially, a love song,” states vocalist and Living Dead Girl leader Molly Rennick. “It’s about being in a relationship where you discover new parts of yourself and let all your ‘evil’ out. It’s a fun, sexy song, but with horror influence and biblical metaphors. The video perfectly shows both sides of that, and the combination of those two worlds IS what my world looks like.”

Here’s more on the band via a press release, “LIVING DEAD GIRL’s style is a unique combination of Marilyn Manson meets fellow Canadian frontwoman Avril Lavigne, possessing an amalgam of genres including goth, rock, metal, industrial, pop and punk rock. The music perfectly encapsulates Rennick’s personality, which she admits is a dichotomy of “one wears baby pink and Hello Kitty and listens to pop music, and the other a goth girl in fishnet stockings who listens to Marilyn Manson.” The 21-year-old Rennick’s amazing vocal range sees her seamlessly switching from taunting, high-pitched croons, to menacing, harsh barks, to haunting growls with relative ease.”

Also Check Out: David Hasselhoff goes metal with two man project Cuestack on “Through The Night”