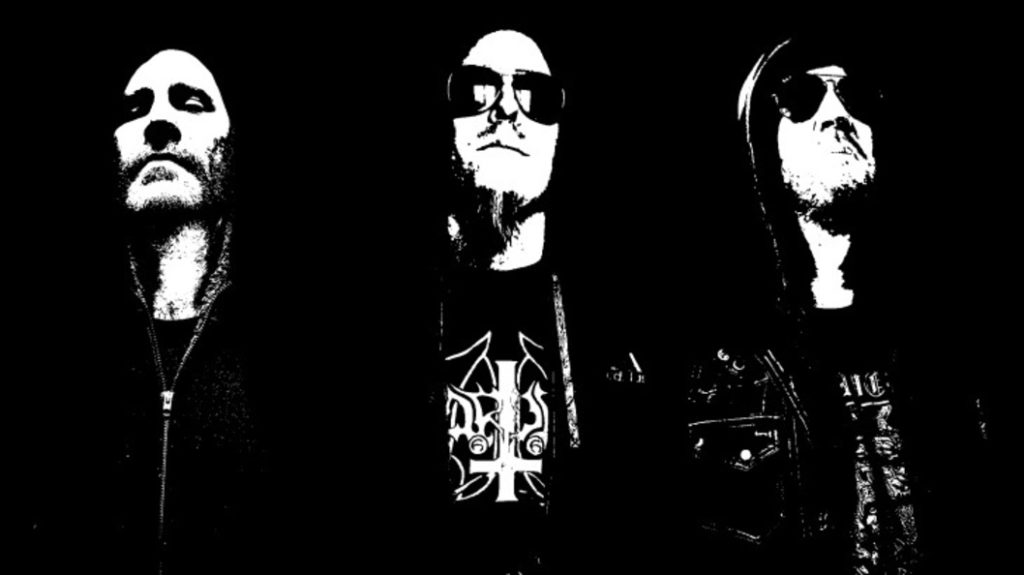 Australian death metal trio Werewolves – featuring Dave Haley (Psycroptic, Ruins, King), Matt Wilcock and Sam Bean (both of The Bezerker, The Antichrist Imperium) – have dropped their third single from their upcoming second album titled ‘What A Time To Be Alive’ (out on January 29th via Prosthetic Records – pre-order).

“Crushgasm is a sonic onslaught of fittingly maleficent death metal and grind, clocking in at just over three minutes, embodying WEREWOLVES at their most apoplectic,” states a press release. “What A Time To Be Alive is set for release at the end of January and makes good on it’s threat to leave uninhabitable salted earth in the extreme metal scene, where one day your grandchildren may eventually see a D-beat grow. Mixed by Joe Haley (Psycroptic) with artwork by Mitchell Nolte.”

Speaking on “Crushgasm,” Bean comments: “Crushgasm has it all: Madonna quotes, savage Freudian imagery, our magnificent album title, and it’s all packaged neatly with no guitar solos, melody, or mercy. We guarantee it will take you momentarily away from your woes, whether that’s going broke or avoiding the plague. If it doesn’t make you want to assault everyone in punching distance then it’s your money back.”


‘What A Time To Be Alive’ track list:
1. I Don’t Like You
2. Sublime Wartime Voyeurism
3. Mission Statement
4. Crushgasm
5. Unfathomably Fucked
6. Antisocial
7. Traitors and Bastards
8. A Plague On All Your Houses
9. They Will Pay With Their Own Blood