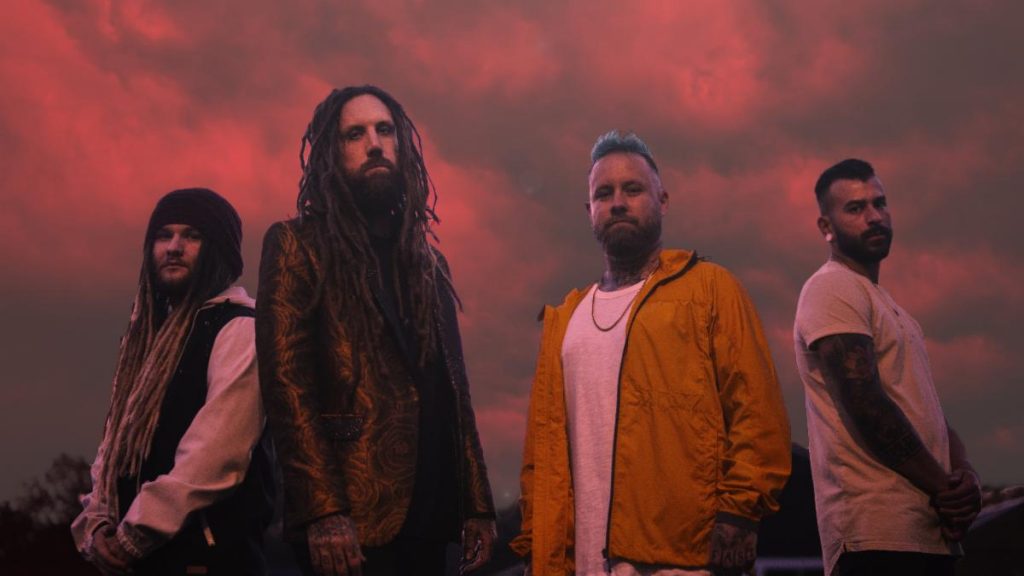 After a long-ass hiatus, metal/rock act Love and Death (formed by Korn guitarist Brian “Head” Welch) have announced a brand new album, ‘Perfectly Preserved,’ which comes out on February 12, 2021. To celebrate the news, the band, which also features bassist/producer Jasen Rauch of Breaking Benjamin, have unleashed their first new music in eight years in the form of “Down” — stream it below in official lyric video form.

“Love and Death began with the similar raw, authentic emotional honesty that drove singer/guitarist Brian “Head” Welch to multi-platinum, Grammy Award winning heights as a cofounder of genre trailblazers Korn,” says a press release. “Forged as an outlet for recovery and redemption in a season of change, the formation of Love and Death resulted in the dynamic 2013 debut Between Here & Lost. The album spoke plainly to the hearts of similarly disenfranchised fans all across the world.”

Speaking on the band’s first new full-length LP since the debut in 2013, Head states, “Everybody knows my foundation, I feel like what our world needs most in this very unique moment in time are real stories about overcoming struggle. These are honest songs co-written by our group of friends targeting depression/mental health, challenging relationships, trauma, loneliness, and related issues.”

The presser continues to note, “Perfectly Preserved marks the introduction of guitarist, bassist and co-songwriter Jasen Rauch as a full-fledged member of the band, as well as second time producer for Love and Death (co-production from Joe Rickard). Jasen, best known as an integral part of chart-topping rockers Breaking Benjamin, produced Love and Death’s first album in 2013. Completing this definitive lineup as they charge into this new chapter are the band’s original guitarist, JR Bareis, who now shares vocals with Welch, and powerhouse drummer Isaiah Perez.”

Rauch comments, “There are certain things we can do melodically in Love and Death that might not work in Korn. For me, there are certain creative risks I can take with the arrangements and production that wouldn’t fit with Breaking Benjamin. In this band, we don’t worry about how long a song might be, for example.”