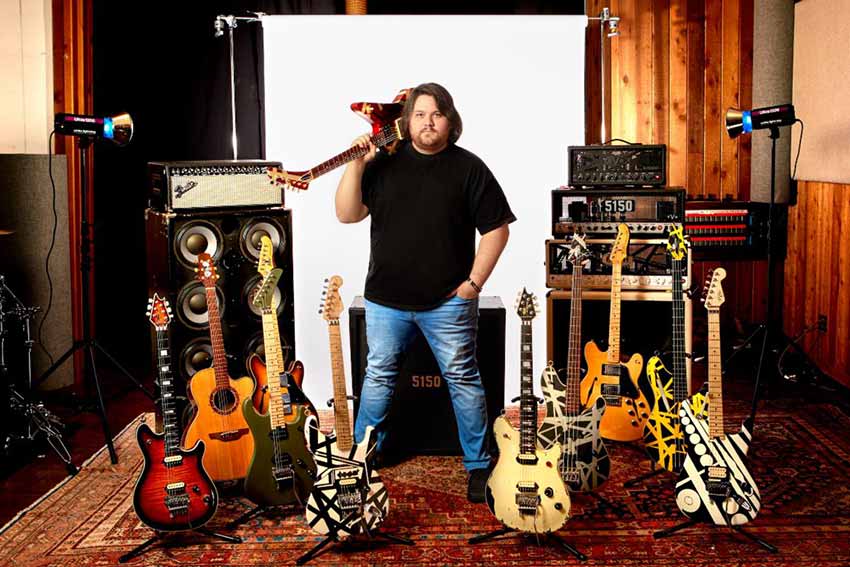 Mammoth WVH – led by Wolfgang Van Halen – have announced the cancellation of their co-headlining appearances as part of the ‘Young Guns’ U.S. tour with Dirty Honey.

A press release states, “Mammoth WVH is announcing that they will have to cancel their remaining 6 shows of the Young Guns Tour starting with tonight’s performance in Raleigh, NC at The Ritz due to members of the touring personnel testing positive for COVID. The other affected dates are April 6th in Charlotte, NC; April 8th in Nashville, TN; April 9th in Dothan, AL; April 10th in Orlando and April 12th in Orlando. Refunds are available at point of purchase for anyone who purchased a ticket to see Mammoth WVH. Dirty Honey will still perform at the scheduled dates as advertised.”

“After an incredible weekend in Las Vegas with my family for the GRAMMYS, I flew back yesterday to meet up with my band and crew in North Carolina to continue the Young Guns tour. This morning as everyone took COVID tests to re-establish the bubble that has served us on the tour, we came to find that members of our band and crew who didn’t travel with me were positive. I have tested negative via rapid and PCR tests for the last 5 days in preparation for the GRAMMYS and still continue to do so. With only 6 shows left in the tour, it breaks my heart that we unfortunately won’t be able to continue. Mammoth WVH will do our very best to make up the dates that we missed to the fans in those markets in the future,” comments Wolfgang Van Halen.

The presser adds, “Mammoth WVH mastermind Wolfgang Van Halen returned from the 64th Annual GRAMMY® Awards in Las Vegas and the positive tests were confirmed as everyone attempted to re-enter the COVID bubble being maintained on the tour. Wolfgang has had numerous tests to participate in all of the GRAMMY® activities and all tests were negative. The Young Guns Tour had received critical and commercial success as two of rock music’s freshest faces joined forces to prove that rock music is alive and well. Fans and critics agreed that the tour was an early contender for tour of the year. Mammoth WVH is scheduled to return to the road later this spring in support of their self-titled debut.”

Also Check Out: Nonpoint announce ‘Taken Apart and Put Back Together Tour’